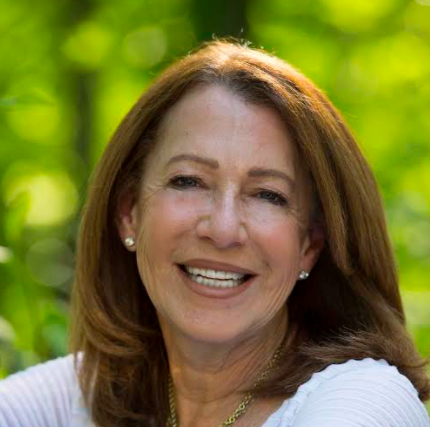 Dear Milton Friedman: An Ode and a Rebuttal

Photo: Milton Friedman (seated right) with President Richard Nixon (left) and Director of the Office of Management and Budget George Schultz (center) during a June 1971 meeting at the White House.

Milton Friedman was a revolutionary, an economist for the ages who redefined capitalism as we know it. This year, on September 13, we celebrate the 50th anniversary of his most famous statement: the sole purpose of a business is to produce profit for shareholders.

Just as Friedman stood against Keynesianism in the 1950s, we today, respectfully, stand against his belief that financial return is the only hallmark of a successful business — a viewpoint he laid out in a 1970 article for the New York Times Magazine, aptly titled “The Social Responsibility of Business is to Increase its Profits."

How things have changed.

Today, that Milton Friedman viewpoint is considered unsound and unwise for the modern corporation. To survive and thrive in an increasingly competitive marketplace, companies must have a purpose beyond profits — a sentiment put forth by leading business and economic leaders, including the Business Roundtable and the World Economic Forum. Best Buy CEO Corie Barry put it this way: “The purpose of this company is not to make money. It is imperative to make money, but it is not the purpose. Our purpose is to enrich lives through technology.”

Beyond having a positive impact on society, companies must be meaningful to their customers, employees and communities down to the individual level. In the words of Keith Weed, Unilever’s former chief marketing officer: “We need to build brands with purpose. We need to go from ‘marketing to consumers’ to ‘mattering to people’.”

Not only are consumers overwhelmed with choice, but they are increasingly savvy when it comes to the social and environmental impact of the companies they buy from. This is heralding the growing “stakeholder capitalism” movement, which asserts that the true measure of a successful company is how it engages with and serves all stakeholders, from employees to the communities in which companies operate — not just shareholders. This is a growing mandate for leading CEOs: In a recent report by Morning Consult, half of the top 10 drivers of CEO performance related to purpose.

COVID-19, unfortunately, has proven a worthy pressure-test of a modern corporation’s relationship with stakeholders. Companies with a purpose — like Tata Consultancy Services, Lineage Logistics, AB InBev and others highlighted by leaders like Just Capital — have been better equipped to respond rapidly and appropriately to COVID-related disruptions and work to support their employees, operations and communities. Many companies halted operations to protect employees, forgoing millions in profit to keep their people safe. Others implemented unprecedented measures, from paying hourly employees regardless of hours worked to providing extended sick leave and healthcare benefits.

And still others invested millions of dollars and capabilities into solutions to the pandemic — manufacturing ventilators, masks, vaccine components and more. The result of these efforts is a safer, more engaged and loyal workforce and appreciative customers, supply chain partners and communities. That outcome, we believe, sets organizations on a course for long-term profit and growth. And purpose must be a long-term strategy and vision to significantly impact the business. Leading multinational companies are even embedding this mandate into their purpose statements, including Mars Inc. (“The world we want tomorrow starts with how we do business today”) and AB InBev (“Bringing people together for a better world” and “Build a company to last for the next 100+ years”).

Back to economics: Friedman’s radical views continue to shape economic policy today. The Economist hailed him as “the most influential economist of the second half of the 20th century…possibly of all of it.” While we disagree with his perspective that businesses exist only to make a profit, we acknowledge the tremendous impact of his work, which earned him the 1976 Nobel Prize in Economic Sciences — and we believe that were he alive today, he would embrace the evolution of capitalism to serve all stakeholders.

Friedman’s primary contributions centered on an alternative macroeconomic viewpoint known as “monetarism,” which emphasizes the role of government in controlling a country’s money supply, and how monetary fluctuations drive broader economic fluctuations. Put simply, he supported free markets and believed in a restricted government role in fiscal policy. Here’s where it gets interesting: As part of this, Friedman believed that privatization of some public services would not only support a flourishing economy and innovative business sector, but also provide enhanced social services, and thus, by our interpretation, better serve society.

As an example, Friedman proposed an educational model where publicly-funded schools are privately run to provide a higher standard of education, boost local economies and give parents greater choice. To this end, Friedman and his wife founded the Friedman Foundation for Educational Choice to advocate for school choice. (Today, the Foundation is known as EdChoice.)

On the topic of public goods, Friedman believed that while the government should provide basic public services, they should not hold a monopoly on those services, especially if the private sector could offer better. (At the time, Friedman’s main target was the United States Postal Service.)

He was also a firm believer in the interplay between government, private sector and nonprofits to address social issues such as poverty — a viewpoint we hold fast to today. Many social ills, especially those regarding massive challenges like hunger, poverty and housing, simply cannot be solved by one actor, be it government, a corporation, or a well-funded foundation. Beyond the sheer financial burden, these problems require knowledge, assets and capabilities that only a coalition could provide. Today, we view this as a shared value approach: By partnering to pool resources and collectively tackle a social challenge, all parties — including the ultimate beneficiaries — derive greater value and impact as a result, and at a quicker pace.

Perhaps it’s a stretch, but Friedman’s view on the interplay between social good and business has the vestiges of modern-day purpose. By applying business expertise to enhance public services and address social challenges, Friedman believed the economy would strengthen, corporations would make more money and, in tandem, society would benefit.

With that, we extend our thanks to you, Milton Friedman. The mere act of challenging the status quo of U.S. capitalism launched a journey that continues today. After all, Friedman was the first to state that corporations have a purpose at all, and that has evolved in exciting ways over the past 70 years. From pure profits to philanthropy, cause marketing to corporate citizenship, and social impact to purpose, we continue to redefine capitalism and the role of businesses in society.

Above all, Milton Friedman was a rebel. He was a Jewish immigrant who believed in a free market, immigration, gay rights and the legalization of marijuana (in the 1950s, '60s and '70s, no less). Friedman was unafraid to stand up for his beliefs and advance social change. The world may have changed since Friedman declared the purpose of a business, but the need for equality, acceptance and social support has not.

And for that, we say: Thank you, Milton Friedman.

This article was co-written with Kristin Kenney, Senior Associate at Carol Cone ON PURPOSE. Kristin has spent her career helping dozens of private and public sector companies bring their social impact to life. She firmly believes that business can and should profit with purpose.

Carol Cone, CEO of Carol Cone ON PURPOSE, is internationally recognized for her work in social purpose and CSR. For more than 30 years, Cone has embraced a steadfast commitment to building lasting partnerships between companies, brands and social issues. She adamantly feels that today, companies and brands must have a deeper meaning beyond the bottom line. She is also a recognized thought leader in social purpose, having conducted the world’s first research, then dozens of studies with business executives, citizens, employees and nonprofits to gain critical insights to inspire organizations to engage with society as wise business strategy. Overall, Cone’s signature programs have raised more than $3 billion for various social issues.

Could the Four-Day Workweek Be the Answer for the Great Resignation?

Betty White and Making the Case That Years of Experience Matter

Not Taking Any Bull: Employees Say Bye to the Bully Boss

As with the Rest of the Private Sector, the NFL Overlooks Black Talent in Management

How the Pandemic Set Back Progress Toward Ethical Working Conditions

After January 6, 2021: How Brands Can Fight the Next Insurrection

We’re Closing In on 2022: Holiday Greetings from the Writers and Editors at TriplePundit!