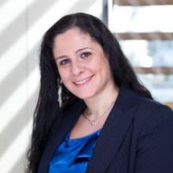 The current global pandemic crisis notwithstanding, climate change is still one of the most pressing issues of our time, an urgent need that demands dramatic action to ward off catastrophe. Without a plan in place and proper confrontation of this issue, we could face famine, extreme weather and the mass displacement of people around the globe. It can seem like an insurmountable problem, but one possible solution comes from what may, on the surface, seem like an unlikely source – the mobile technology sector.

The mobile technology industry has taken steps to look inward, creating more efficient equipment and supporting green initiatives. However, the real impact will come from the advances mobile technologies can enable energy efficiency in other industries.

Mobile technology and the enablement effect

At the GSMA, we call this “the enablement effect,” and it may be the key to helping us reach the emissions goals needed to combat catastrophic climate change. GSMA commissioned a report that outlines how mobile communications technologies can have a positive impact on carbon emission reductions, showing how far we’ve come and how much we still need to do.

Mobile technologies currently connect over five billion people around the world – about two-thirds of the global population. There’s incredible potential in those numbers. And the sector has already started to make a difference. In 2018, mobile communications technologies enabled a decrease in 1.44 billion MWh of electricity and gas, globally. These totals would be enough electricity and gas to power more than 70 million houses for an entire year in the U.S.

The explosion of IoT also holds a tremendous potential. Improved connectivity, hyper-responsive sensors and the rapid processing of data can jumpstart energy efficiency initiatives across a broad range of industries. As more devices come online and networks become faster and more responsive, there will be more ability to monitor energy usage, temperature, lighting and other operations in real-time.

When you look at the potential impact of mobile communications technologies compared to the footprint of the industry itself, there’s a possibility of a tenfold impact.

The impact of the enablement effect can be brought to bear on nearly any industry, but the most immediate effects will be on industries with potential for automation and coordination across widely-spread operations, such as healthcare, agriculture, manufacturing and transport.

For example, mobile technology will be a catalyst for the increase in electric vehicles by facilitating the use of charging points. Through telematics, this utilization of the IoT will also create an improvement in route optimization and vehicle fuel efficiency. As an example, the Neste SmartTruck service allows truck drivers to access applications like mobile refueling, fuel consumption optimization, GPS positioning and other data. The system helps fleet managers save up to 15 percent of a vehicle’s fuel consumption, reducing emissions.

Another example is the energy field. As more renewable sources are added to the energy grid, mobile technology is helping companies monitor wind power farms and solar power installations to ensure they are producing clean energy at the most opportune times.

Enabled by mobile, smart grids are also revolutionizing the energy distribution process. By utilizing IoT technology, energy demand and transmission can be carefully tracked. This improves coordination and distribution efficiency, increasing the stability and resilience of the system, while decreasing its cost and environmental impact.

Digitization is expected to disrupt all parts of the economy over the next decade and, if sufficient policy and investment is received, has the potential to be a key driver of low carbon development.

The mobile industry enabled a reduction of over 2,000 million tons of CO2 in 2018 alone. This is almost ten times greater than the total CO2 emissions of the mobile networks globally. This is a great start, but the progress can’t stop there.

According to the UN, we need to cut emissions by half 2030 to limit global overheating to 1.5 degrees Celsius, the target outlined by the Paris Agreement. And we have just around 10 years left to make the massive structural and societal changes necessary to make that happen.

To get to that goal and avert climate disaster, governments, corporations and consumers must embrace the opportunities presented by mobile technologies to raise energy efficiencies across sectors and start to halt climate change.

Ana Tavares Lattibeaudiere has been with the GSMA since 2005 and serves as Head of North America, with the responsibility of representing and leading all GSMA activities in the region. At GSMA, she started under the Chief Strategy Officer and was part of the team that was responsible for the exponential growth the GSMA has undergone in the last 13 years – including the acquisition of Mobile World Congress.