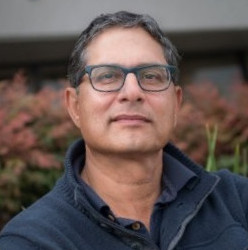 Why the Pandemic Exacerbated Economic Inequality in the U.S.

Before COVID-19, the U.S. was a lot like a movie set. Observers saw a beautiful façade on the outside, complete with a roaring stock market and historically low unemployment. Hidden from view was economic inequality starkly dividing the U.S. workforce: blue-collar laborers on one side and white-collar “knowledge workers” on the other.

While this division was already noticeable to some, the pandemic made it painfully obvious to all.

A wider divide in economic inequality

Over the past eight months, white-collar workers have made a successful transition to remote work, performing their jobs online from the comfort of their homes. Many don’t realize that this transition has been made entirely possible by blue-collar workers, who have no choice but to continue leaving the safety of their homes each day to earn a living.

In many cases, these Americans are working far more and earning far less than their work-from-home counterparts. Most are living paycheck to paycheck.

This is even more confounding when you consider that the basis of capitalism is increased production leading to increased salaries. While U.S. productivity has risen exponentially, salaries have risen much more slowly. Between 1979 and 2018, productivity grew six times faster than hourly pay. As a result, we have a group of people who are working harder than ever but not getting paid enough for their efforts.

The myth of equality of opportunity is now even less true

The U.S. has long been considered the land of opportunity, but the COVID-19 pandemic has shown that equality of opportunity is a myth. For upper-class Americans, 2020 has become a time of reinvention and recuperation. For the poor and middle classes, it’s been a time of unprecedented hardship and even wider economic inequality.

These workers have been forced to risk their health and the health of their families each day they leave home - for the job site, the hospital, the classroom, or the station. Many of the people in this class of workers were already living paycheck to paycheck, and the pandemic has only added to this strain. Their only choices for survival were to become dependent on someone else or go out and work; there’s no in-between option.

Our country is home to more than a quarter of the world’s billionaires, but our immense wealth is concentrated in the hands of relatively few people. This economic inequality is indeed a problem, as the floor of opportunity should be far and wide, fair and right. Often, the opportunity for blue-collar workers to participate more fully in the economy simply isn’t there.

For example, how much time do business leaders spend thinking about how to reenergize, retrain, and remobilize U.S. workforces when moving 100,000 jobs from the U.S. to another country? Unless they make that a priority, nothing will change for those workers.

Taking on the economic inequality gap

How can the business community enable more people to participate in the economy that everyone has worked so hard to create? By seeing business as part of the solution, as builders of the community, and as responsible for that community. In my book, It’s About Time: How Businesses Can Save the World (One Worker at a Time), I explore the role companies can play in enriching the lives of all people amid constantly changing societal and economic circumstances.

For example, leaders could motivate blue-collar workers by encouraging them to grow into different roles in the company within two years. Those leaders must also invest in the development of those workers to help them achieve that goal. When everyone is allowed to grow and be part of an organization’s ecosystem, we can get closer to equal participation in the economy.

A good example of a company that practices this successfully is Uber. During the pandemic, it has converted its workforce - whose livelihood depends on a service that had decreasing demand - into delivery drivers. Other businesses can have a similar impact on their teams by working to foster change and improve the economic standing of their workers.

The problems we face today won’t disappear overnight. Economic inequality has been a persistent aspect of American life since our nation’s inception. But if more businesses can recognize the power they have to help solve this problem, progress is possible. It’s time for modern companies to develop a conscience that they can use to guide business - and humanity - into a better tomorrow.

Safwan Shah is the founder and CEO of PayActiv, an employer-sponsored financial wellness platform.