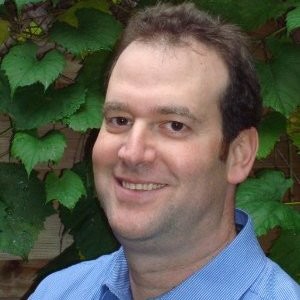 Imagine having a policymaker that believes something that is simply wrong — for example, a senior health administrator who believes that the Coronavirus can only be passed along by people with blue eyes. That would lead to some pretty terrible science and could put the lives of millions of people at risk. Another example with devastating consequences is a policymaker who ignores the scientific consensus on the need to preserve our remaining carbon budget and designs climate policies with a primary focus on preventing a financial collapse.

As a side note, when discussing economic policy, let’s not forget that capitalism doesn’t need our help to create a financial crisis…the system is inherently unstable, especially when regulations are removed. Just think about what happened in the 1920’s and then again with the neoliberal deregulation campaign that ran from the 1980’s until the crash of 2008…and beyond. Many would argue that capitalism itself is the crisis but that discussion is for another time. Let’s return to the new Post Davos Narrative.

The elite strategy can be pieced together from a few sources. Prominent CEO’s such as Jamie Dimon of JP Morgan Chase and Satya Nadella of Microsoft both agree that climate change is an important issue and that their companies will work towards reducing emissions. (Of course, neither of these CEO’s is prepared to give anything up but I’ll dig into this later.) Additionally, in a recent Wall Street Journal article, Ignore the Fake Climate Debate (link is to another website, as the WSJ is behind a paywall), written by Ted Nordhaus, Director of Research at the Breakthrough Institute, we get a very clear picture of how the corporate elite view the climate challenge. Their story goes something like this:

There are many important issues out there and climate change is just one of them. We will take a slow and steady approach to address climate change but we need time to transition. We believe that by using market led solutions, we will innovate our way to a carbon zero economy while simultaneously protecting us from a financial collapse.

This is a big promise, considering that up until now the private sector has been an unmitigated disaster when it comes to protecting against ecosystem destruction. But perhaps the most brazenly unsettling aspect of this promise is that the those who orchestrated the system and obstructed progressive policy, bringing us to the brink of a climate crisis, are promising with full mainstream media support, to deliver us to a prosperous future. And of course their approach will be more of what brought on the crisis in the first place — wasteful, unregulated and fossil fuel subsidized capitalism.

The plutocrats are transitioning away from the losing position of climate denial to one where they are trying to establish that their ‘slow and steady’ approach is the best way to maintain a strong economy while achieving our climate goals. To do this, they need to routinely challenge the scientific consensus and try to discredit people like Greta Thunberg, who is working to bring the reality of the remaining carbon budget into the policy discussion. A complicit corporate media that doesn’t push back on false statements helps in this regard.

Incredibly, it would seem that the primary goal of the corporate elite is not to prevent a climate crisis, but rather, to protect their corrupt wealth hoarding system by preventing large scale government intervention. Despite the fact that this might be our best chance to prevent a climate catastrophe, it’s a non starter for plutocrats who see it as an attack on their wealth and power. Apparently plutocrats have run the numbers and for the small cost of raising a little planetary doubt they can keep their fortunes…rather than seize the opportunity to protect the planet from civilization destroying climate change.

We currently have the technology and enough time to keep our emissions within our carbon budget and transition to a carbon zero economy. If we act now, there’s a good chance that we can avoid the worst impacts of climate change and incur minimal economic disruption.

The argument that this will cause a financial collapse is a red herring. Of course there will be disruption, to say otherwise would sound equally ridiculous to those who continue to deny climate change, but the government has many tools to ease the transition. In addition to the government’s ability to regulate many of the harmful practices out of the business model, it also has the capacity to soften a sudden loss of income and offer training and education programs for citizens who experience job loss. It can do this because unlike business it has a broader mandate of societal well being, and not simply a mandate to maximize shareholder returns.

Business will play a key role in the transition — it’s innovative spirit will be harnessed and directed by government but it will not lead the effort. We’ve lost decades hoping that business could reduce global ecosystem destruction but the whole effort has been a massive market failure. Capitalism never understood that you can’t quantify the financial benefit of leaving a livable planet for the next generation — because it’s not about money — it’s about long term survival and the capitalist “system” doesn’t know how to measure it.

The dream of the win-win business case is over and it’s time to wake up — science won’t wait any longer for us to figure it out. Government has the tools at its disposal and now is the time to use them.

Billionaires and the corporate elite prefer the ‘slow and steady’ market approach to addressing climate change. They see government regulations as a threat to their vast fortunes and reject it outright, unless of course they can exploit it to do their bidding. They profess that by using their preferred win-win market approach they will be able to harness innovation and technology to deliver the necessary changes without economic disruption. I see three flaws in this narrative.

Flaw #1
This approach ignores the scientific consensus and understates the planetary urgency to drastically reduce our emissions. Despite the corporate owned media’s incessant barrage of climate confusing information, our carbon budget can’t be massaged to fit in with an alternate reality that works for the benefit of those who sit atop the climate destroying capitalist system. A scientific truth exists and mother nature won’t budge for the wealth maintaining wishes of the billionaire class.

Flaw #2
The second problem with this strategy is the use of unsubstantiated claims that only business can prevent climate change while protecting us from a certain financial collapse. This “half baked” scenario is pure conjecture and shamelessly plays to the fears of a population that is already reeling from economic policies that has been hollowing out the middle class for decades. Government has far more tools in its arsenal to simultaneously prevent financial doom and climate chaos.

Flaw #3
The third problem with this approach is that it positions innovation as something that is only accessible to the business world, and somehow beyond the reach of government. This argument is absurd — innovation is available for both business and government and is arguably most effective when the two collaborate.

Billionaires and the elite would like you to think that we have two options in front of us but that is a scientific lie. We don’t have the choice of option A or B when one of those choices almost certainly leads to a climate crisis. We may have had other choices in the past but after decades of delay and stonewalling by the corporate elite, we’ve squandered the option for slow and steady incremental change.

Climate change is coming for us and we must take action. We need to make changes that will be disruptive and that will challenge the very system that is destroying our biosphere. Some changes will inconvenience us and some will enhance our wellbeing but we can’t let economic considerations steer the path forward. Science must lead the way.

Every available resource needs to be tapped as we look for climate solutions but in the meantime we need to turn the non-essential CO2 emission taps off. And while this may be difficult for some to hear, government regulation is the best chance we have. It will need to step up and play a crucial role in steering the strategy….with the help of business and community engagement. For a thorough analysis of the changes needed, you can read a recent paper published by Guy Dauncey titled, Climate Emergency: A 26-Week Transition Program for Canada.

We’re living in a real life experiment of ‘wealth gone wild’ and it’s destroying our planet. The corporate media tells us to look to the plutocrats for answers but that’s a dead end — they’ve told us how they feel about climate change and it’s time that we take them at their word.

Climate change is an issue of power and control and the truth is that nothing will change until the “winners” of the rigged system either agree, or are forced, to give something up.

Microsoft’s recent plan to go carbon negative by 2030 is a prime example of what it looks like to go halfway. While they’ve made great strides to clean up their supply chain, they’re also empowering Oil & Gas Companies with new AI technology. In the era of climate change this contradiction can no longer be acceptable.

Microsoft is talking about reducing emissions while partnering with Chevron to “generate new exploration opportunities and bring prospects to development more quickly”. In the article, Microsoft’s Carbon Plan Is Hot Air, author Indi Samarajiva rightfully asks, “What’s the point of reducing emissions in your supply chain if it just leads to massive emissions by your customers?”

Now that we’ve cleared up the flaws of the Post Davos Climate Narrative, it might be time a good time to ask, can divestment on steroids be the solution that we’ve been looking for?

Previously published on Medium and the 3BL Media Newsroom.

The Toronto Sustainability Speaker Series (TSSS) is widely recognized as Canada’s premiere forum for dialogue and problem solving among sustainability professionals. Each year hundreds of sustainability change agents attend TSSS events to exchange ideas and delve into trends, risks and opportunities that are presented by our shifting business model.