Pride Without Parades: What the Fight for LGBTQ+ Inclusion Means in 2020

Pride Month is observed every June to commemorate the Stonewall uprising of 1969, a tipping point for what was then called the Gay Liberation Movement. But as the coronavirus pandemic continues to derail parades and other large celebrations and the ongoing Black Lives Matter protests shine a renewed spotlight on systemic racism and police brutality in the U.S., this year feels different from most that came before it.

For many, it begs the question: What does Pride look like without parades? And more importantly, what does it mean in today's context?

Some may see these issues — the push for LGBTQ+ equality, the movement for Black lives and the fight against a deadly virus — as unrelated, but experts insist they are closely linked.

At a webinar hosted earlier this month by the strategic advisory firm Brunswick Group, experts shared their perspective about the future of Pride, what it means in the context of the Black Lives Matter movement and the COVID-19 pandemic, and how companies can meaningfully support LGBTQ+ people during this unique time in our history.

It's not too challenging to make the surface connection between the LGBTQ+ rights and Black Lives Matter movements. The aforementioned Stonewall uprising began as a riot and continued into a days-long demonstration against police brutality and the criminalization of queer people simply for existing in queer spaces.

But the connection goes back further than that, said Dr. Eric Cervini, a historian of LGBTQ+ politics and culture and a renowned authority on pre-Stonewall gay activism.

"The totality of Pride was borrowed from the Black Freedom Movement," Cervini said. His book, "The Deviant's War: The Homosexual Vs. the United States of America," released earlier this month, details some of these connections — including the story of Frank Kameny, known as the "grandfather" of the gay rights movement.

Kameny was a Harvard-educated astrophysicist who worked on government projects that laid the groundwork for the U.S. space program — that is, until his employers learned he was gay and dismissed him from his position.

He went on to become the first openly gay man to challenge his dismissal in the U.S. Supreme Court. He was also the first to organize a gay rights demonstration in front of the White House, modeled after the work of Bayard Rustin, an openly gay Black man who was the chief architect of the 1963 March on Washington at which Dr. Martin Luther King, Jr. declared, "I have a dream." His marches laid the groundwork for the Stonewall uprising, and all were firmly based in the fight for racial justice, which continues to this day, Cervini said.

With respect to the pandemic, we know that racial and sexual minorities — including Black and LGBTQ+ communities — are at particularly high risk for contracting and dying from COVID-19. Along with heightened risk for contracting the virus, coronavirus-related job loss and stay-at-home orders can force LGBTQ+ people — particularly youth — to shelter in place in homes that are not supportive of their gender or sexual identities.

"There are a host of challenges that have come about as far as folks staying in homes that are unsafe," said Adalphie Johnson, program director at SMYAL, a nonprofit focused on empowering LGBTQ+ youth in Washington, D.C., as change agents in their community. "It has definitely increased the rates for young people experiencing homelessness or the risk for individuals experiencing homelessness."

Mark Seifert, an openly gay partner at Brunswick Group and co-chair of the firm's cybersecurity and privacy practice, encouraged business leaders to seize the moment of COVID-19 lockdowns and attention on racial justice as an entry point to push for greater equality: "If ever there was a time to challenge preconceived notions and challenge the current state, it's now," he said. "It's now when we're all fighting a virus. It's now when we are taking a serious look at our relationship with the Black community. Let's rip off some of the old stuff and start anew." 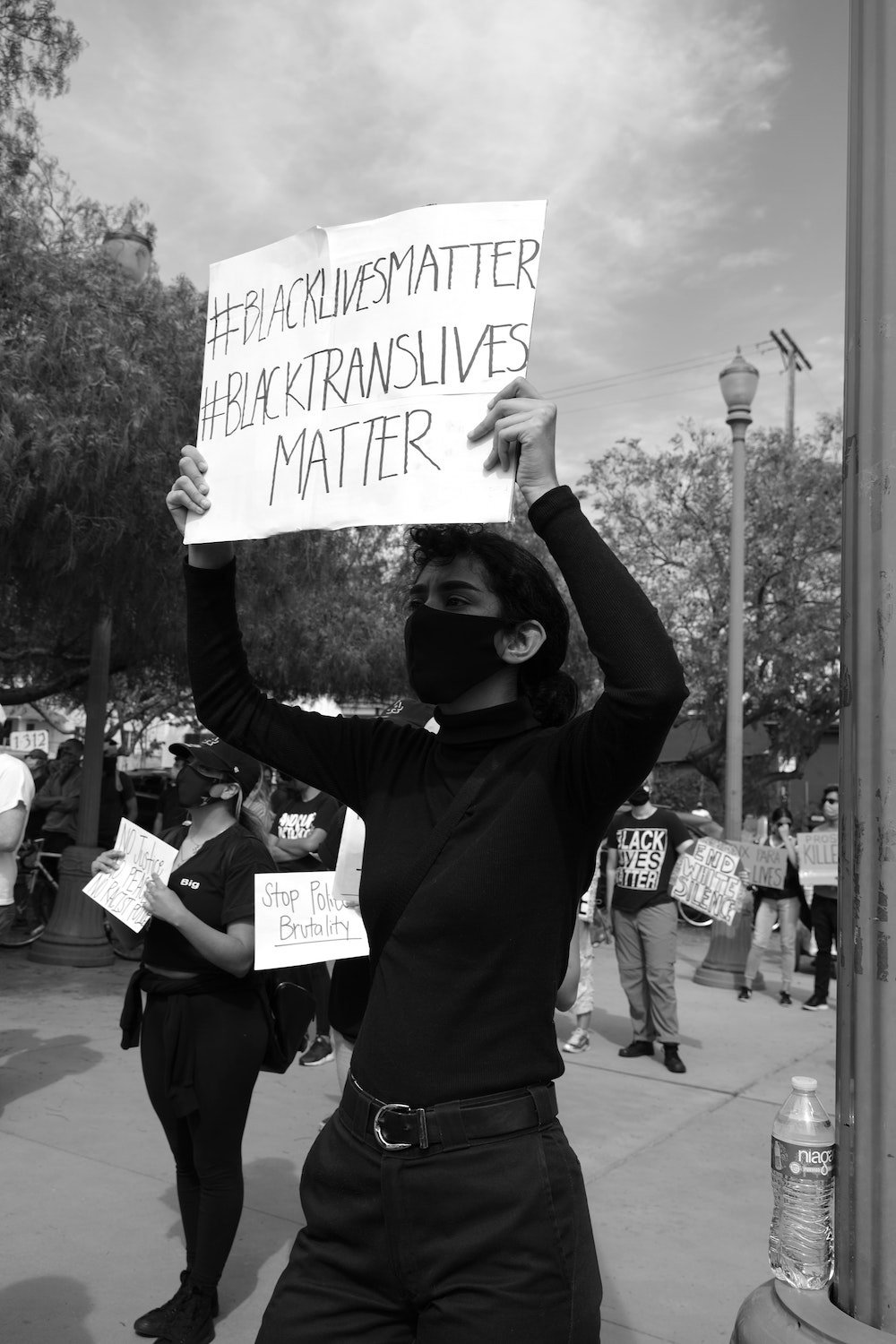 Demonstrations give way to a renewed focus on Black trans lives

Among many other things, the ongoing Black Lives Matter demonstrations have cast a renewed spotlight on the dangers facing transgender people of color, particularly Black trans people. During the week of June 13, two Black trans women — Riah Milton of Liberty Township, Ohio, and Dominique “Rem’Mie” Fells of Philadelphia — were murdered, fueling the push to protect Black trans lives, but some say the broader movement still isn't giving the issue enough attention.

"Not enough is being said about Black trans lives," said Rikki Nathanson, assistant to the executive director at Casa Ruby, a bilingual and multicultural LGBTQ+ organization in the Washington, D.C. metro, led by trans women of color. "In the year that I've been at Casa Ruby, three girls were brutally murdered in D.C. The response from the police, the authorities and the people in the know was shameful, to say the least."

Nathanson, who emigrated to the U.S. from Zimbabwe, knows what it's like to be threatened with violence due to her gender identity. In 2019, she won a landmark case against the government of Zimbabwe for unlawful arrest, malicious prosecution, and emotional distress after she was violently arrested by police and subjected to a strip search for using the women's restroom at a bar in the country's second largest city.

"I've experienced back home firsthand what it's like to be a trans woman who has been persecuted," she said. "But to come and live in the United States capital and see the conditions for young Black trans women that I'm seeing now is extremely appalling."

She and Johnson of SMYAL work to protect and empower trans people of color in Washington, D.C., but both say they need more resources to support their work — and business can help.

More than rainbows: What it means for business to lead the push for LGBTQ+ equality

By and large, U.S. companies have broadened their public support for LGBTQ+ equality, but in recent years, many of their public statements have rung hollow. In researching trends on platforms like Google and Twitter, Open For Business, a corporate coalition that advocates for LGBTQ+ rights, observed a marked uptick in the term "pink washing."

Sometimes called "rainbow washing," the term refers to disingenuous support for LGBTQ+ rights on the part of major corporations. These companies may release a Pride-themed product every June, change their social media avatars to feature the rainbow flag, or sponsor a float in their city's Pride parade, but they fail to create workplaces that are inclusive for LGBTQ+ employees or advocate for policy change that promotes equality in the countries where they operate.

"A lot of people are beginning to question what companies really mean whenever they are saying that they're LGBT inclusive or marching in Pride parades," said Drew Keller, global program director for Open For Business.

Cervini, the LGBTQ+ historian, agrees. "I don't think slapping a rainbow on a product or a float is going to be enough anymore," he said. "The moment it becomes about branding or a corporate image, it becomes a disservice to queer employees. You need to be asking: What can we do with our budgets? What can we do with our platform? Then you need to hand over the mic to organizations that have been doing the hard work for years."

Those groups include SMYAL and Casa Ruby, and Nathanson and Johnson have some ideas for how business can get involved.

"The first part is money, obviously, but we also need to have support," Nathanson said. "Join in campaigns, for example. Stand up and speak up with us. Companies need to think strategically how best they are positioned in order to be able to help us as organizations. We need the shoulder to lean on."