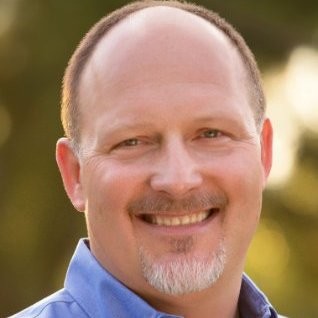 Similar to many other industries, auto manufacturers are committing to create a more sustainable future with the introduction of new electric vehicles (EVs). Just this year, GM announced a strategy to produce 20 new models of affordable electric vehicles (EVs) to rival Tesla, and Chevy introduced an electric pickup that will be comparable to the gasoline powered Ford F-150 and the Tesla Cybertruck. This change is impressive, but in order for EVs to scale up, we'll need to see a more robust fast-charging network; silicon anode batteries could be the key technology that makes this scenario a reality.

Here's why such a shift in technology: EVs are an environmentally friendly alternative to their gasoline-powered counterparts, but they’re missing one crucial feature that many believe is a barrier to consumer adoption – convenience.

A challenging infrastructure for EVs

The infrastructure and battery capabilities for EV technology today are simply not comparable to the convenient experience that consumers have grown accustomed to with their gasoline-powered vehicles, particularly on longer trips. Gasoline cars can travel up to 400 miles before requiring a five to 10-minute refueling stop to then continue on another 400-mile trip. EVs can only travel 100 to 250 miles (dependent on make/model) before requiring a partial charge that takes anywhere from on to four hours or a full charge which requires eight to 12 hours.

In addition, while there appears to be a gas station (or two) on every corner, EV charging stations are not commonplace yet, meaning drivers have to make detailed plans about charging well in advance of a road trip. The lengthy charge times and limited infrastructure have resulted in consumers choosing to wait to purchase EVs until convenience improves.

A study from TRL noted that adoption of EVs would increase if a rapid charging infrastructure was incorporated every 20 miles on freeways and highways. Thanks to new innovations and pressure from both federal regulators and consumer demand, EV batteries are evolving and incorporating new technology to accelerate the path towards fast-charging capabilities and wider adoption of EVs.

To create a level of convenience that will foster wide consumer adoption, today’s EV manufacturers are designing next generation silicon anode batteries that can fast charge over 80 percent of its capacity in five to 10 minutes, without physically damaging the battery.

Many lithium-ion batteries today use graphite anodes, which have hit their limitations for power and energy density. Now, however, more manufacturers are looking to new material technologies such as silicon to surpass these anode limitations and achieve never-before-seen milestones in the areas of miles per charge and recharge speed. Silicon anode batteries have already improved power density upwards of 20 percent, yet they still have a long way to go before reaching their full potential. The largest names in the business such as Ford, GM and BMW have taken note and are actively seeking out joint development with companies that show promise in the silicon development space.

Creating generation 2.0, 3.0 and 4.0 lithium-ion battery designs that pack more of a punch with power and energy density will require a much higher percentage of silicon in the anode. However, without the right silicon precursor the silicon anode can develop issues with battery swelling. Designers are partnering with material scientists to create silicon nanotechnologies and advanced material formulations that reduce this risk by incorporating the most promising silicon precursors into the manufacturing process, including one known as cyclohexasilane (CHS). CHS (Si6H12) delivers a much higher atom economy and speed of device fabrication than traditional precursors and most importantly it generates amorphous nanostructures, meaning it can be used to make better devices amenable to fast charging without swelling.

The use of CHS-derived silicon within a lithium-ion anode also helps batteries withstand fast recharge cycles with less degradation. We’ve all experienced battery degradation before, such as your cell phone or computer holding less of a charge as time goes on. Degradation is an even greater concern for EV owners who are already skeptical of the time needed for an efficient EV battery charge. While creating a more powerful battery with faster recharge is valuable, recharges must be able to maintain battery performance with limited degradation over time to give consumers the confidence they need to purchase EVs as their main transportation vehicle.

Lithium-ion battery manufacturers are taking advantage of advanced materials to build a more convenient and cost-effective vehicle capable of meeting consumer demand. Silicon anodes offer battery manufacturers and consumers a new level of confidence in their batteries, bringing us closer than ever before to a future where EVs will dominate our highways.

Michael Kraft is CEO of The Coretec Group.