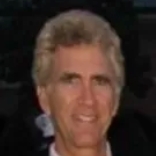 In Haiti, This Social Enterprise Creates Jobs with a Side of Nutrition

In January, Haiti observed the 10th anniversary of the devastating 2010 earthquake.

The Haitian government put the earthquake death toll at over 300,000, along with hundreds of thousands of survivors who were displaced. Now, 10 years later, Haiti remains a country in peril.

Many international aid organizations remain out of touch with the on-the-ground realities affecting the very population they aim to serve in Haiti. Providing temporary aid, they fall short of investing in sustainable and scalable enterprises focused on the bottom of the pyramid (BoP), a population barely making $1 to $3 per day.

With 90 percent of the jobs in Haiti being in self-employment, the social impact of a steady paycheck is crucial to the economic stability of the country. Small businesses can play a critical role in rural, low-income communities and cities as job creators. While temporary relief aid lifts poverty levels, when aid dries up with no sustainable programs left, poverty and hunger descend across populations most in need.

How micro-franchise can help reverse poverty levels through market creation

Since December 2018, one nonprofit in Haiti has remained focused on a scalable micro-franchise business model addressing poverty while creating jobs for the poor. The Social Ventures Foundation (SVF) social micro-franchise, V’ice Haiti, located in Port-au-Prince, focuses on employing the poor to deliver sustainable vitamin and protein supplementation products to poor customers at an affordable price. Its innovative micro-franchise business model focuses on market and job creation, facilitating local manufacturing, and distribution of two nutritional products.

Self-employment, not employment, constitute 90 percent of the jobs for the poor. Many top-down international development projects reward the “have’s” instead of the “have nots.” V’ice Haiti’s bottom-up model enhances the wages of the very poor, rewarding them with equity in the enterprise they help build.

A product taking on two distinct challenges in Haiti

V’ice Haiti’s innovative made-in-Haiti three-wheel recumbent “V’ike” allows V’ice products to be sold on the streets, and for supplies and ice to be delivered to micro-franchisees selling from made-in-Haiti V’ice Boxes (insulated with Styrofoam recycled from Port-au-Prince streets).

Enhanced wages and equity is at the core of SVF’s mission to sustainably lift the livelihoods of the poor. Instead of poverty reduction, SVF’s model focuses on market creation at the bottom of the pyramid, providing smaller-scale, incremental sales opportunities at the last mile enabled by local manufacturing and use of local resources — key to a market creation strategy. This ultimately minimizes costs while maximizing outcomes.

Following extensive market research, V’ice accomplished its proof of concept and opened its first hub and office in Port -au-Prince. To date, it has provided 15,000 Haitians with vitamin and protein supplementation by two micro-franchisees whose daily earnings were previously $1 to $3 and increased to $3 to $5. This was accomplished after only one year during which the country witnessed the worst social unrest of the last 40 years. The Foundation is now focused on rolling out initial commercialization in Port-au-Prince, which will eventually create up to 90 jobs and provide vitamin supplementation for 5,000 Haitians daily.

Creating a long-term sustainable business with a tangible social impact that addresses the needs of the poor can be achieved with a micro-franchising business model. The model delivers sustainable sources of income, creates self-employment opportunities for the poor in various market segments, and shares equity.

With plans to roll out V’ice Haiti nationwide and reach up to 70 percent of Haiti’s urban population, future scaling plans call for distribution in 23 coastal, non-mountainous, urbanized areas utilizing a hub-and-spoke system that creates more than 50 V’ice hubs with up to 80 micro-franchisees each to provide daily vitaminization for over 275,000 Haitians.

Business models that offer valuable resources for micro-franchisee training and deployment can have a positive impact on hundreds of thousands of residents in each hub. V’ice Haiti hopes to ultimately reach 61 percent of Haiti’s urban population, creating 600 sustainable jobs for the poor.

Marc Blumenthal is the Executive Director of Social Ventures Foundation (SV), the mission of which is to identify, promote, and develop sustainable and socially minded businesses like V'ice Haiti which are focused on developing products and services that lift the livelihoods of the world's poorest communities.