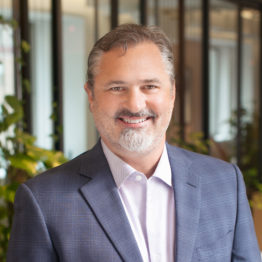 The Three Biggest Hurdles to a Zero Carbon Economy

Globally, we are at a tipping point when it comes to climate action. There's long been talk about moving toward a zero carbon economy, but it's clear the time to move in that direction is sooner rather than later.

Over the past few years, corporations have committed to emission reductions and to adopt strategies that will drive the broader sustainability transformation — a trend that significantly picked up pace in 2020. However, this widespread effort has not produced the results needed to effectively deter the effects of climate change, as only 28 percent of companies are on track to meet their set goals.

So, what will it take to truly achieve a zero carbon economy? We must first consider the barriers currently holding companies and governments back from creating real change in the present. Outlined below are the three primary challenges to achieving a zero carbon economy and actionable advice for how to overcome them.

Deploying clean energy is one path toward a zero carbon economy

Due to the growing climate movement over the past decade, coupled with the maturation of clean energy supply chains, wind and solar energy costs have been steadily declining since 2009 and can now compete with fossil fuels, according to market data by BloombergNEF. In fact, a recent study found that the cost of generating energy from wind projects has fallen by 4 percent and large solar projects by 7 percent. While this increases the business case for investing in renewables, costs alone are not enough to drive the integration.

Costs to buy renewables are becoming increasingly affordable, with wind energy prices falling by 70 percent and solar energy prices falling by 89 percent over the last decade. However, dispatching the energy after procuring it presents an issue for organizations. Since many local grids are not equipped to store and deploy renewable energy at a consistent and reliable rate, companies would need to invest in upgrading their current infrastructure to rely on renewable sources of energy. This creates a financial burden that many cannot withstand, and deters the timeline of adoption - and in the end, delays the future zero carbon economy.

Purchase power agreements (PPAs) serve as one solution to this issue. By allowing organizations to purchase the renewable energy from a third-party supplier, they don’t need to rely on the local grid. Many large corporations prefer this model, because it allows them to have bold sustainability and renewable energy goals, regardless of the local utilities’ capability to provide power at a consistent rate.

For high-emitting industries like oil and gas, switching to renewable energy and alternative heating sources is not a viable option. However, with major players in these industries committing to aggressive climate goals over the past few months, they’ve had to develop alternate strategies to meet their targets.

One alternative method is investing in carbon capture technologies, which remove emissions from the atmosphere after they’ve been omitted. Once captured, the carbon dioxide (Co2) can be stored underground or re-sold. In the past, high costs have deterred widespread integration, but a recent investment may be the catalyst for increased adoption. The Internal Revenue Service released guidance that helps developers take advantage of tax credits for carbon capture systems, which helps make the financial case for capturing carbon more economical.

If the technology is deployed at scale, it will break down the barriers that companies with a reliance on CO2 have faced for decades, and will allow them to contribute to the broader sustainability transformation, eliminating a vast majority of corporate carbon emissions in the process.

While the phrase “reduce, reuse, recycle,” has become widely adopted throughout society, it only scratches the surface of what’s possible through efficiently managing resources. The circular economy is a systemic economic approach to recycling that eliminates the traditional waste model by investing in the reuse of finite resources. This model also has a direct relation to carbon emissions, as it requires less energy to recycle a product than it does to dispose of it.

As the idea of a circular economy becomes more mainstream, companies have begun setting reuse-focused goals. However, BloombergNEF market research shows that, if companies stay on track to meet these goals, there won’t be enough recycling capacity to withstand the demand. In order to change this projection, industries must proactively invest in the circular economy and the necessary resources within the model, like recycling facilities.

While we don’t currently have all the answers that will bring us to a zero carbon economy, one thing is clear: All facets of business and government must continue to invest in technologies that will help push the movement forward. As shown, there are various options available today to help companies reduce emissions and transform their business models, but those are not the only solutions. As we look towards the future, companies and governments must continue innovating, testing and advocating for clean energy. It will take a persistent, collective effort to overcome the barriers to zero carbon, but the effort will result in a healthier global society and economy.

Martin Sieh is the Chief Operating Officer at ENGIE Impact.