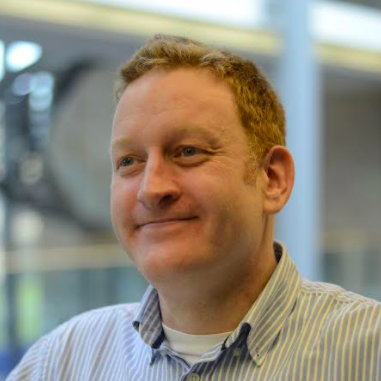 The delegates to COP26 have made their travel plans and are leafing through their Glasgow guidebooks. More than 30,000 climate experts, campaigners, policymakers and world leaders are about to descend on the city for the most keenly anticipated environmental event for years.

As they gather to debate how to make progress on climate change, hundreds of thousands of people will attend side events in citizen meeting spaces to engage with each other on wide-ranging aspects of environmental awareness.

The U.K. Government, as host, has acted by example with legally binding targets for greenhouse gas emission reduction and the Scottish Government has burnished its credentials with plans for net zero emissions by 2045.

But fine words butter no parsnips, as the saying goes, and once all the talking is over and Glasgow settles back into its dark winter normality, it will be time to take a long, hard look at what is actually happening on the ground.

In the factories, schools, offices, businesses and workplaces across the country, is the message getting through? Is there a recognition that time is of the essence if we want to create a sustainable future? Or will it just be back to business as usual?

At first glance, the signs in Scotland are not particularly encouraging. Only a small minority – some 11 percent - of businesses are actually doing anything to address their carbon footprint. A slightly more heartening 50 percent believe that the issue is relevant.

This, however, means that 50 percent of businesses do not believe that the crisis is upon us and nearly 90 percent are blithely carrying on as normal. Therefore, there is both a relevancy and an action problem. How can this be addressed?

The key is to get the message across that, rather than being an additional burden, good sustainability and environmental and social governance practices lead to lower operating costs, improved profitability and improved share price performance, according to ongoing research.

There is also the matter of the attitudes of future customers. One McKinsey study shows that for the increasingly important Gen Z demographic, consumption is a matter of ethical concern and that they will favor companies which best manage their environmental and social impact.

As a localized example, Scottish companies are most likely to have to commit to net zero within nine months if they want to pick up public contracts. This is a huge indicator of where the market is going, and there really is only one direction of travel for us all.

The good news is that companies do not have to transition to net zero overnight and relatively simple and easily implementable changes can take the organization a long way down the carbon reduction road.

And the key here is to get the workforce involved at every level of the business, leveraging and unleashing their latent talent and enthusiasms and bringing the decision-making about environmental impact into the body of the kirk.

While it could be argued that the prevention agenda has largely been accepted at executive level, the real imperative now is to integrate the environmental message into entry and middle level training.

We are making our own contribution to this new way of thinking with the launch during COP26 of our new sustainability training game: Go Green, which is designed to harness the power of experiential simulation learning to highlight the need for change throughout a company or organization.

This is not about telling people what to do, or lecturing them, but about engendering self-generated ideas which they can ‘own’ and implement, whatever their position in the hierarchy. It is about learning by doing, backed by the powerful influence of peer encouragement.

The fact is that the overwhelming majority of people are already signed up to a sustainable agenda in their personal lives, participating in recycling and other activities, so it is reasonable to argue that they would welcome the opportunity to put their principles into practice in their working lives.

At the moment they may not have the agency or the permissions to implement the incremental changes which will rapidly become cumulative and make a significant positive difference. Bringing onboard everyone is key.

It has been said before that the best way to get someone to believe in your idea is to get them to believe it was their idea in the first place, and raising awareness among staff will lead to practical suggestions from people who know how their part of the business works and how it could be improved.

Business thinking used to be about people and profitability. Now we must add another P: – people, profitability and now planet.