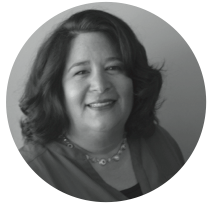 Among the many images seared into our collective memory during this pandemic are the photos of long queues of cars waiting to get bags or boxes of groceries from food banks. Here in California’s central coast, those of us at Second Harvest Food Bank Santa Cruz County continue to see high demand for food, and there are a lot of unknowns about what a new normal may be as the Delta variant continues to take its toll. The challenges we face in this county home to 275,000 is similar to what communities confront nationwide, from the Bay Area in Northern California to wealthy Fairfax County, just outside of D.C. in Virginia. Even as the federal government’s Supplemental Nutrition Assistance Program (SNAP) is poised to increase its benefits significantly, some won’t qualify – and many families who are eligible won’t necessarily apply for benefits due to the stigma associated with needing food assistance

Numbers tell the story behind the dire need for food banks

”Prior to the pandemic it was about 650,000 pounds monthly. At the height of the pandemic, April/May/June 2020, it was up to 1.2 million pounds. The need among food-insecure people has slackened only modestly but remains consistent. We’re anticipating this higher level of demand for the next 18 – 36 months,” Willis said.

The real concerns among food banks nationally is the news about employers desperately needing to hire. As COVID-19 restrictions are reduced, people who normally contribute to their local food banks, as well as larger donors, who are inspired to give during disasters, may at first feel less of a need to contribute any support. Nevertheless, it’s clear the demand for food assistance remains and sustaining support is still critical.

California’s full re-opening this past June masked continuing problems. While some people have been moderately or untouched by pandemic’s economic impacts, food banks are clearly facing continuing support needs by a larger number of people who are still harder-hit than before last year’s COVID-19 shutdown. Continuing that high level of financial support is essential for effective food bank operations and crucial for supporting the large numbers of local food-insecure families.

Key factors include retail price increases across many sectors, especially food and accumulated back rent and mortgages.

A LA Times article from earlier this year points at an additional problem: How long it will take citizens who owe back rent to recover? Evictions and debt could spike if the recently extended federal moratorium ends. This is true nationwide, as many U.S. states have stopped extended unemployment benefits just as the Delta variant has sparked another dangerous wave of the virus.

Santa Cruz County’s employment statistics only tell a part of the story –in many areas across the U.S. the cost of housing keeps in increasing. There is a large portion of our local population who are under-employed, meaning they work part- or even full-time but earn less, often far less than what’s necessary in our high-cost-of-living area. The poverty line by federal government standards, is about $24,300 for a family of four, according to 2018 statistics. That’s more than 15 percent of our county’s population that fits the federal definition for poverty. However, when considering the cost of living and the availability of social services, more than 23 percent of our county’s residents fall below a more realistic poverty line of $33,953 for a family of four.

Seasonal workers in agriculture - the people picking, packing and processing the healthy food we all eat - often fit into this category. So do many college students, retail workers and those working in the hospitality sector. Baristas at the coffee shop, bank tellers, restaurant waiters and hotel staff are likely earning well below the poverty line.

With all the affluence visible in Santa Cruz County, the population of people facing food insecurity unfortunately isn’t shrinking. Food banks are one of the safety nets we can’t allow to fall apart. In many cases, after people pay rent or their mortgage in this county, they don’t have money left for food. Accessing food at no cost lets people avoid evictions and foreclosures, plus they remain healthier.

As your company, large or small, considers how to give back to your local community, consider a generous donation to your local food bank. While a live or virtual “canned food drive” may have good intentions, the reality is your local food bank will know how to meet the needs of local citizens. “Financial donations are more flexible. The needs of people in crisis can change weekly, daily or even hourly, and cash donations allow nonprofits to respond to those needs more rapidly,” wrote Katherine Wiles for Marketplace.

Cash donations also go much further as food banks across the nation can turn one dollar into four meals due to partnerships with food manufacturers or farmers to purchase food at cost or wholesale.

Richelle is the Corporate and Community Relations Director for Second Harvest Food Bank in Santa Cruz, CA. She is a former Santa Cruz city councilmember and has held several positions working for federal and state elected officials focusing on education, workforce readiness and state budget policy. She also spent a decade working in marketing communications and developer relations at Apple and SCO, Inc. She recently served on the boards of the Association of Monterey Bay Area Governments (AMBAG) and Ecology Action.