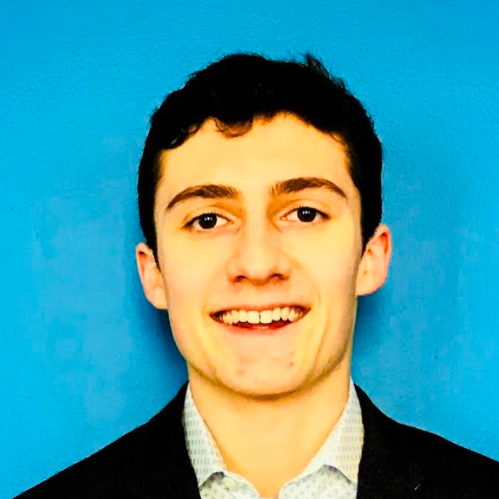 Why the Shift from Measuring GDP to Green Growth Matters

Simon Kuznets, the illustrious economist and statistician often referred to as the “Father” of Gross Domestic Product (GDP), once warned, “The welfare of a nation can scarcely be inferred from a measurement of national income as defined by GDP.” Despite Kuznets’ warning, GDP has evolved as the primary measure of a nation’s prosperity, health and well-being. That may change, however, as proponents of newer metrics such as green growth are gaining traction.

GDP measurement is highly coveted in the world of business as it is a standard metric representative of production and growth. In fact, GDP has a high correlation with the Human Development Index, hence historically associated with a robust society. The grander the GDP, the lower the unemployment, the sturdier the infrastructure, the higher the rates of education, and so forth. Yet, Kuznets’s caveat is as relevant today as it was ninety years ago. Not only is the average global temperature rising at unprecedented rates, but over 97 percent of climate scientists around the globe have identified the same culprit: human activity. More specifically, the human activity responsible for those very same rises in productivity. Businesses, economists and climate scientists alike are now confronted with a startling question: can we continue to grow a robust society without cooking planet Earth? Is an emphasis on green growth the answer?

What exactly is green growth?

Two researchers at the forefront of science and human development, offer some insights to the prevailing question above. One of them, Johan Rockström, is the mind behind the internationally renowned “Planetary Boundary” framework that identifies nine processes that regulate the stability and resilience of the Earth System. The researchers first set out to explore the varied definitions of the term: green growth. The Organization for Economic Co-operation and Development (OECD), World Bank, European Commission (EC) and the United Nations Environmental Program (UNEP) have their own renditions of green growth. Unfortunately, none set measurable criteria for what passes as green growth. Lofty terms and concepts are encouraging, but not enough.

Rockström and his research partner go on to define green growth. Importantly, they align their definition to Science Based Targets (targets based on the scientific communities best understanding of how to limit warming to less than 2°C by the end of the 21st century).

Yes, the skeptic is correct, as climate modeling comes with uncertainty. For this reason, the skeptic should consider embracing guidelines such as a planetary boundaries framework, as it serves as a warning sign that screams, “Unknown Territory!” Climate scientists understand the boundaries we have comfortably lived in for thousands of years. From there… all bets are off. Let us skeptics agree, steering clear of the hazy horizons, with the best known available science, is a pragmatic approach to exercise. Experts in the field of climatology are adamant about remaining below the 2°C threshold we are swiftly approaching. We don’t know what we don’t know, but we do know what we don’t want to know.

Business and science communities alike have a new tool at their disposal. The authors define green growth as: economic output that lowers total environmental footprint. Economic output is measured as value added in an entity over time (GDP, revenue, etc.), while an environmental footprint can be measured in CO2e emissions in tons per year, or in any other form you should so choose. Carbon productivity (CAPRO), then, is the value generated per CO2e unit used. Based on extensive research, the authors discovered:

As with any ratio, this does not cover all bases. The authors caution readers against "gray growth", and acknowledge the need for green growth indicators including biodiversity, land and water. However, carbon productivity is a wonderful start as the warming planet directly influences all of these natural systems. In addition, they debunk common critiques of green growth and conduct a case study using Nordic countries to highlight evidence of genuine green growth.

Sweden, Finland and Denmark all exceeded the 5 percent CAPRO pa threshold between 2003 and 2014. So, not only is green growth measurable, it is entirely obtainable.

Genuine green growth, deftly defined by these authors, can be calculated by anyone. I took it upon myself to examine if the apparel giants Adidas, Nike and VF have decoupled emissions from revenue throughout the past seven years.

The findings? Adidas has torched the competition (note the chart above). Nike has done the bare minimum, something to note considering last year’s $37 billion in annual global revenue. Please, Nike, consider mimicking Adidas’s environmental approach. Take a look at the performance of its green fund, which acts as a source of capital for energy efficiency and green energy projects across all Adidas locations. The firm strategically leverages high-return projects to subsidize projects that may be less appealing financially but promise major reductions in carbon emissions. When you set smart goals, devise a plan and finance those plans, miraculous improvements happen. In other words, Nike should take its own advice, and just do it.

Implications for the future

Remember, prior to the industrial age, all renowned economists (Adam Smith and the likes) included land productivity in their manifestos for a strong human ecosystem. Carbon productivity is a metric that can be applied across all countries, industries and states. Thanks to these insights, we can continue to grow a robust society without cooking planet Earth. The question now begs, will we?

Andrew is a young, curious, and nimble climate activist based in New York. Daily, he explores the sandbox of sustainability in search of innovative ideas that will transform our relationship with planet earth.

Why Electric Utilities Would Benefit from Embracing Net-Zero and SBTs

World Oceans Day: Plastic Waste Stays Closer to the Coast Than We Thought

What Does 30x30 Have to do with the Oceans and Livelihoods?

Clean Fleets Make Dollars and Sense, So Why Doesn’t USPS Clean Up?

Can Wildfires Be Prevented?