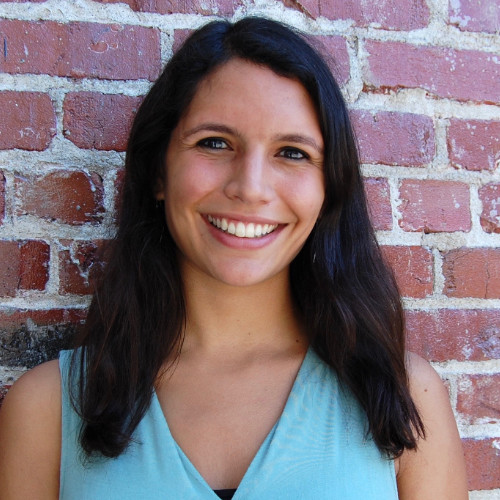 Structural change to our economy is possible, if we can get coordinated. That’s why over 50 of the nation’s most prominent impact-oriented organizations, funders and business coalitions have developed a joint proposal for a new White House Initiative for Inclusive Economic Growth.

Though some say the economy is “booming”, we know that these effects are not widely felt. Forces like shareholder primacy and other dogmas that have governed our economy for decades have pushed businesses, investors and markets to prioritize shareholder interests over workers, community and environment. Concurrently, historic atrocities and systemic racism have set the conditions for severe, racialized wealth inequality, which has increased dramatically in recent months. This has led economists to describe a “K-shaped” recovery post-recession, or what finance expert Eric Brotman describes as devastation for those who were more vulnerable prior to COVID-19.

Amidst the economic tragedy of this past year, and a growing sense of fear around a warming planet, a somewhat obvious truth has revealed itself: The longer we wait to address the compounding issues of inequity, environmental degradation, and community disenfranchisement, the worse these issues will become. Business leaders, policymakers, philanthropists and impact investors, united by the Biden-Harris administration’s call for coordination, are saying: We need serious economic reform.

That’s why so many cross-sectoral leaders are pushing for a new White House Initiative on Inclusive Economic Growth, including leaders like Darren Walker, president of the Ford Foundation, as well as political leaders like Senator Mark Warner (D-VA) and Representative Dean Phillips (D-MN).

As Andrew Kassoy, co-founder and CEO of B Lab describes it, “the Initiative will change the rules and incentives for decision-makers on Wall Street to refocus resources on underrepresented stakeholders on Main Street.”  True inclusive economic growth focuses on two primary avenues for change: community investing and stakeholder capitalism.

Community investing is reparative for communities of color

To right these wrongs, we must significantly re-invest in communities of color and other marginalized sections of our economy. Nwamaka Agbo calls this approach restorative investing. At Common Future, we call it reparative investing, leveraging capital to help repair communities of color who have experienced extraction and marginalization for decades.

McKinsey estimates that closing the Black-white and Hispanic-white racial wealth gaps could boost the economy by $2 to 3 trillion, or 8 to 12 percent of the U.S. GDP.

A White House focus on inclusive economic growth would help catalyze a renewed focus on community investing by moving multiple agencies, regulatory bodies and Capitol Hill, in a concerted manner. For example, small business financing policy spans the SBA, The U.S. Treasury, CFPB and the Federal Reserve. The Department of the Treasury also oversees tax benefits and programs that support community investing, including the CDFI Fund, New Markets Tax Credits and Opportunity Zones.

Most importantly, an emphasis on inclusive economic growth will build alongside the lived expertise of community leaders who understand why our fragmented approach to community investing is failing minorities – which the U.S. Census has suggested will soon to be the country’s new majority.

This represents a significant break from the status quo. In early May of 2020, the SBA’s inspector general found that loan prioritization was not occurring in underserved communities, despite Congress’ intention to do so. Only recently, after engaging community-based and people of color-led organizations like those within the Page 30 Coalition, have federal dollars via the second round of U.S. Paycheck Protection Plan (PPP) dollars actually reached target communities.

The initiative, on the other hand, would look to new leadership, like AZ Local First and CA Forward—members of the Common Future network and leaders at the local level who have been doing this work for decades - to participate in these conversations, sharing new best practices around racial equity and financial inclusion.

Stakeholder capitalism to redefine whose interests matter most

The second leg of the initiative is focused on strengthening policies related to stakeholder capitalism - the notion that companies serve many constituencies, not just shareholders. If we’re to create broad-based prosperity for U.S. workers and communities, we must realize the immense opportunity for the wealth of companies to be shared.

To do so, the initiative plans to engage a range of economic policy issues, already identified by the Biden-Harris administration. Each of them requires coordination across both policy priorities and numerous government agencies, including corporate and capital markets disclosure and governance; systemic market risk that affects inequality, job quality, and climate change; oversight of stimulus and bailout funds; and climate finance.

While much of this can be accomplished by an executive order, the American Jobs Plan provides additional opportunity to ensure that projects and companies receiving government funding and incentives provide broader disclosure and accountability to the American people. Longer term, bipartisan legislation provides the opportunity to change the legal accountability of all corporations and investment fiduciaries to address their systemic impacts. An inclusive economic growth plan would help support and coordinate across these efforts.

As Senator Warner said, “Over the past couple of decades, we have seen the erosion of the American social contract for workers, a hyper focus on corporate efficiency at the expense of long-term resiliency, and an emphasis on short-term shareholder returns instead of long-term investments in innovation and communities.” These phenomena have led to significant instability and growth that is neither sustainable or inclusive. To make real change, we must look beyond what’s immediately in front of us and towards new solutions that have the potential to make significant impacts. A White House-led plan on inclusive economic growth would give us a platform to listen to new voices, acknowledge our shared problem, and start to rebuild together.

Lauren Paul is the Director of Partnerships and Policy at Common Future.

As We Look Back on Juneteenth, Remember: Authenticity Beats Commodification

Racial Equity in Corporate America: Some Glimmers of Optimism

A Memorial Day Message from 3p