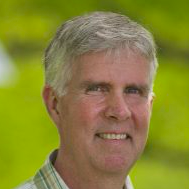 The old saying goes, “if life gives you lemons, make lemonade,” is appropriate for the United States’ position over Mexico’s ban on the use of glyphosate herbicide and imports of genetically modified corn by 2024. The predominant reaction by U.S. agribusiness to Mexico’s stance is to see obstacles and to bully and file lawsuits to stop the bans. But a small but growing segment of U.S. agriculture sees an opportunity to “make lemonade” by supplying Mexico with what it wants: non-GMO corn.

As Bill Niebur, president of High Fidelity Genetics, an Iowa-based non-GMO corn seed company, says: “Could we supply Mexico? Absolutely. In terms of acres, it’s not a problem. Instead of criticizing Mexico, let’s provide it to them.”

Last December, the government of Mexico issued a decree last December calling for the replacement of controversial glyphosate herbicide and imports of GMO corn in the country by January 31, 2024.

Mexico’s Vice Minister of Agriculture, Victor Suárez, says his country issued the decree because the government is “committed to a fair, healthy, sustainable, and competitive agri-food system” and to “intensively promote agroecological and sustainable practices and reduce the use of agrochemicals.”

Suárez says the main reasons for Mexico’s bans are growing concerns about the safety of glyphosate and GMO contamination threats to Mexico’s staple and sacred crop: corn.

Further, the minister cites a growing number of published studies showing negative impacts of glyphosate. “There is rigorous scientific evidence about the toxicity of this herbicide, which demonstrates the impacts on human health and the environment,” he says.

“The risk is that imported (GMO) maize will be used as seed and can therefore contaminate the corn of neighboring farms,” he says.

Suárez also cites a study showing that 90.4 percent of corn tortillas consumed in Mexico contain GMO corn sequences, as did 82 percent of corn flours, cereals and snacks. He calls the presence of GMO genes in these staple Mexican foods “unacceptable.”

Mexico’s justifications for the bans seem reasonable but not to U.S. agribusiness. At stake are 16.5 million metric tons (MMT) of U.S. corn exports—virtually all GMO—to Mexico each year worth $3 billion. As a result, U.S. agribusiness groups are putting pressure on Mexico over the bans. A series of emails obtained using the Freedom of Information Act by the Center for Biological Diversity describe how pesticide industry lobby group, CropLife America, and pesticide and GMO seed producer, Bayer, are working with the Office of the U.S. Trade Representative (USTR) to pressure Mexico into abandoning the bans.

An editorial in AgriPulse called on the Biden Administration to “address” the bans: “Taking action (against the bans) would be an important defense of American agriculture, and modern agricultural production overall.”

Suárez says that Mexico plans to increase domestic production of non-GMO corn to make up for the lost U.S imports with the aim to achieve “food self-sufficiency” but he also wants to import non-GMO corn from the U.S.

“Imports of yellow maize will prevail for now, and the expectation is to induce imports of non-GMO yellow maize,” he says.

U.S. non-GMO corn suppliers are willing and able to meet Mexico’s needs, according to Greg Lickteig, a long-time grain industry veteran and consultant with Omaha Grain.

“No question, the U.S. could meet Mexico’s demand should they seek only non-GMO corn,” he says.

There are many U.S. suppliers of non-GMO corn who are meeting the needs of a growing non-GMO market in the U.S. estimated to be worth $30 billion.

One of those suppliers is Illinois-based Clarkson Grain. CEO Ken Dallmier is also confident the U.S. can supply Mexico with both yellow and white non-GMO corn.

“Given proper market incentives, the U.S. could easily supply the increased Mexico demand for non-GMO corn,” he says. “Mexico is a key trading partner, and all the logistics of Mexican grain import come through the U.S. It’s matter of planning and market.”

U.S. farmers would also need good varieties of non-GMO corn seed, and Bill Niebur is confident that his company and other U.S. seed companies can provide those.

“We are testing non-GMO and GMO hybrids, and our non-GMO products are doing really well,” says Niebur, who is former global vice president of research and development at Pioneer Hi-Bred.

Niebur says the U.S. should view Mexico’s bans on glyphosate and GMO corn as an opportunity to enhance its trade relationship with Mexico.

“We need to let them know we’re very serious and respectful about their needs and challenges and to better understand what they trying to accomplish and work together to see how we can do that,” he says.

Niebur and other non-GMO corn suppliers understand business trends in ways that other parts of U.S. agribusiness seem to have forgotten.

“The customer is always right,” he says.

Ken Roseboro, is editor of The Organic & Non-GMO Report. He has been called “the nation’s reporter on all issues surrounding genetically modified foods” by Acres USA magazine. Ken has written extensively about GM foods and the non-GMO trend since 1999.