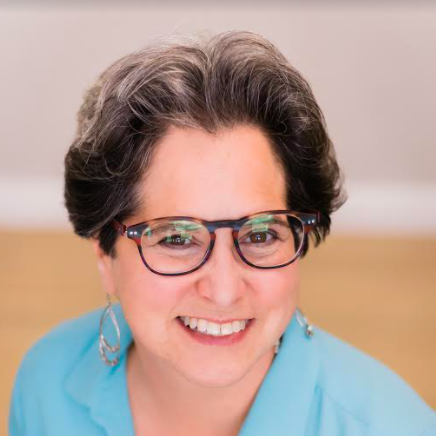 Why Reproductive Rights Matter to the U.S. Business Community

This op-ed on the business case for ensuring reproductive rights was co-written with Ruth Shaber, MD.

The landmark U.S Supreme Court decision Roe v. Wade is celebrating its 48th anniversary this month. If the Supreme Court continues to erode its protections and others related to reproductive rights, the map of abortion availability in the U.S. is certain to change dramatically. Twenty-four states are likely to outlaw abortion entirely. With five states already down to one abortion clinic, millions more women would be living hundreds of miles away from abortion providers.

American corporations should be very concerned.

Recognizing the value that gender diversity brings to performance and profitability, companies have invested millions to attract, develop and retain female talent. Strengthening fertility and maternal health benefits has been one increasingly popular means to this end, continuing an upward trend even during the current economic downturn.

Yet there appears to be scant conversation within the corporate community about strengthening the other end of the reproductive rights spectrum: access to contraception and abortion. This despite the fact that most women, even those who have children or want to conceive at some point, spend most of their reproductive years trying to delay or avoid pregnancy. Ninety-nine percent (99 percent) of all women use or have used birth control during their lives, and nearly 25 percent have had an abortion by age 45. Nearly half of all pregnancies in the U.S. are unplanned.

If Roe v. Wade falls, unplanned pregnancies could force an untold number of women to leave or delay entry into the workforce, limit their participation to part-time work, or forfeit education or training necessary to advance and earn higher salaries. Companies that are working diligently to achieve greater gender parity in their workforces would suffer setbacks that compound the hard-hitting pandemic’s disproportionately harsh impact on the female workforce.

Ironically, corporations will bear some part of the responsibility if this grim scenario plays out. Since the attack on the U.S. Capitol, numerous corporations have rushed to distance themselves from lawmakers who contested the presidential election results. They would be wise to consider making changes to their political contributions criteria that go deeper, or risk further damage to reputation.

A new, first-of-its-kind analysis by the Sustainable Investments Institute examining corporate political spending in the 2020 election cycle paints a dismaying picture of the degree to which leading U.S. companies have supported and enabled anti-choice politicians, party structures and political action committees (PACs). The institute found that Fortune 250 companies’ combined political giving to these recipients amounted to at least $88 million in 2020. Within this total, $17.8 million went to congressional candidates in the South, where 72 percent of recipients held anti-abortion views. Companies gave $12.4 million to anti-choice Midwestern candidates, where the figure was 63 percent.

Fedex is one example. The Sustainable Investments Institute estimates that the company’s total spending to anti-choice recipients amounted to at least $4.2 million in the last three election cycles since 2016. Or its rival, UPS, which spent at least $7.6 million to support anti-choice candidates and political committees in the same period.

Even leading health insurers like Anthem, Cigna, Centene and United Health Group, which insure abortion care, are some of the companies that contributed a combined $2.4 million to the Republic Attorney Generals Association in this period, an important funder of anti-choice legal challenges.

The business community isn’t deliberately setting out to destroy reproductive rights. Comprehensive reproductive healthcare is simply a casualty, like LBGTQ rights, carbon emission reductions and other causes that many companies attempt to address within their own four walls but sell out in the political marketplace.

Since 2019, partnering with over thirty institutional investors including New York City Comptroller Scott Springer, Amalgamated Bank, and the Presbyterian Church USA, Rhia Ventures has interviewed dozens of the nation’s largest companies about their reproductive healthcare benefits and how they are preparing for a possible post-Roe future. Few are thinking about it, let alone what they can possibly do to stop this train in its tracks.

As if reading from a script, every company has told us that their corporate political contributions are made to further narrow business interests and do not imply an endorsement of a politician’s every vote or viewpoint. This rigidity leaves American women working for business leaders who will pay for their eggs to be frozen, but who don’t blink twice before cutting checks to politicians who are working overtime to ban abortion and diminish access to contraceptives and other reproductive rights.

Companies instinctively shy away from taking stands on controversial issues. It wasn’t so long ago that most companies found reasons not to support their LGBTQ employees out of a misplaced fear of perpetual backlash from the religious right - in the 1990s, only a relative handful of Fortune 500 companies provided same-sex domestic partner benefits. But by 2015, 379 companies had signed on to an amicus brief supporting marriage equality. There’s no evidence to indicate that any of them have faced any damage from having taken this stand, nor have there been reports of backlash against any in the business community who have endorsed racial equity in the aftermath of George Floyd’s murder.

Ruth Shaber, MD, co-author of this article, is the founder and president of the Tara Health Foundation, which promotes health, well-being and opportunity for women and girls through innovative evidence-informed programs.  She is also the co-founder and board chair of Rhia Ventures, a group of foundations and investors that collaborate to bring new types of capital and enterprise to the field of reproductive health in the United States.

Shelley Alpern is Director of Shareholder Advocacy at Rhia Ventures, a nonprofit that seeks to harness new capital toward the creation of a vibrant and equitable market for reproductive and maternal healthcare. She works with institutional investors to promote stronger corporate reproductive and maternal health policies with respect to insurance, benefits, public policy and political spending. Prior to joining Rhia in 2018, she worked as a shareholder advocate in the field of sustainable asset management.