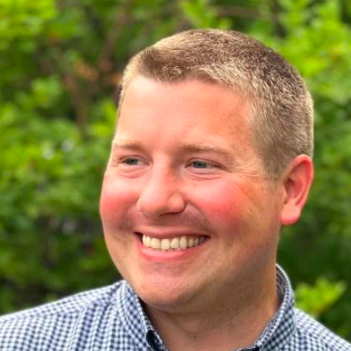 I have to ask: Have you voted yet? I know, I know - it feels like we just voted. But this fall communities big and small across the country have elections for everything from congress to who serves on local city councils. And the good news is - you can cast your ballot early!

Democracy can often feel like an endurance sport. The truth is that although elections like the one we just experienced in 2020 get most of the attention, every opportunity to decide who represents you or the direction your state or community takes is essential.

That’s one of the many reasons we created Vote Early Day, an annual civic holiday (on October 23rd - today - this year) committed to one thing: making sure every single eligible voter in America knows when, where, how and why to vote early in their elections, because Election Day isn’t the only day to cast your ballot –– it’s just the last day.

The 2020 presidential election was an unprecedented year for voting. Hundreds of millions of people showed up on or before Election Day and shattered turnout records, something that wouldn’t have been possible at the height of a global pandemic without the ability to vote early.

That’s exactly why Vote Early Day was created. Everyday obstacles like a busy schedule, an unexpected emergency, or traffic jams should never stop an eligible voter from doing their civic duty and making their voice heard, and when you vote early -  they won’t.

Vote Early Day is a new civic holiday powered by nonprofits, businesses, election administrators and creatives who all believe that voting early is the best way to make sure eligible voters do their civic duty and participate in our democracy.

Launched in the midst of the COVID-19 pandemic, Vote Early Day was a critical way to ensure voters didn’t have to choose between their health and casting a ballot, and with the help of 2,700+ partners across the nation, we turned out more than 3 million voters on Vote Early Day alone. You read that right –– on our inaugural year, we contributed to over 60% of Americans casting their ballots early in 2020.

While local city council races don’t typically get the media attention of a presidential election, writing 2021 off is a mistake. This fall, critical state and local elections are happening from Seattle to Miami. From the water you drink to the roads you drive and how public safety is managed in your community, local elected officials make decisions that have a meaningful impact on your daily life.

Despite that, the data show that only one in five voters turnout for local elections. Vote Early Day not only provides Americans with resources to make a plan to vote early but also serves as a reminder that every year is an important year to vote. This year, Vote Early Day is on October 23, a day when most every voter has an option to vote early by returning their mail ballot or voting in-person. Mark your calendars! More than 1,200 partners representing every corner of America –– north, south, east and west –– have signed up to celebrate with us this year.

From college campuses to local nonprofits to national technology companies – people are gearing up this week to help their members, supporters, and constituents vote. A group focused on random acts of kindness in Cleveland is hosting live DJ’s and food trucks at the county election office. An Election Administrator in Boulder, Colorado is hosting a ballot drop off location at a local brewery. Drag queens are premiering a Vote Early Day video and the League of Women Voters of New Jersey is hosting celebrations at the polls where the ability to vote early in-person is available for the first time ever. So many amazing partners are helping Americans vote early, and it’s not too late for you to join the celebration.

Learn more about your state’s early voting rules and cast your ballot on or before October 23. All of this, together with your eager participation in our country’s most crucial democratic processes, makes for a more successful - and less stressful - Election Day.

Bryce Bennett is the Project Director for Vote Early Day, a holiday dedicated to giving Americans the tools to cast their ballot early and celebrating the act of engaging in our democracy.