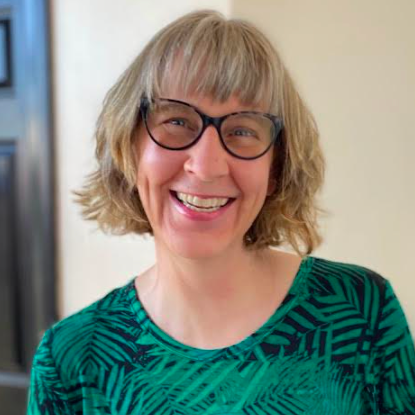 Encouraging children to learn more about renowned ethologist and environmental activist Dr. Jane Goodall is behind the latest Barbie doll rollout from Mattel. The toy manufacturer says it hopes the newly released doll, as well as others modeled after female leaders and risk takers, will help kids realize their own potential to change the world for the better.

The conservationist’s motivational story began when she was just 26 years old, when she left England to begin what would become seminal research into the nearly unknown world of wild chimpanzees, according to the Jane Goodall Institute.

“My entire career, I’ve wanted to help inspire kids to be curious and explore the world around them — just like I did when I first traveled to Tanzania 62 years ago,” Goodall said in a public statement. “I’m thrilled to partner with Barbie and encourage young children to learn from their environment and feel a sense that they can make a difference. Through this partnership, I hope to inspire the next generation of eco-leaders to join me in protecting our planet and remind them they can be anything, anywhere – on the field, in the lab and at the table.”

A role model for future scientists and environmentalists

Goodall’s life has had a significant impact on both primate research and the number of women choosing science as a career. “Over the years, her groundbreaking research at Gombe has attracted many women, who were nearly absent from the field of primatology when she began,” says the Goodall Institute. “Today, women lead the field of long-term primate behavioral studies around the world.”

The activist’s work continues to resonate with young people considering a science-related career, as well as anyone concerned about protecting wildlife throughout the world.

According to the Goodall Institute, there was very little known about chimpanzees and their genetic kinship to humans when she began her research in 1960.

“She took an unorthodox approach in her field research, immersing herself in their habitat and their lives to experience their complex society as a neighbor rather than a distant observer and coming to understand them not only as a species, but also as individuals with emotions and long-term bonds,” adds the institute. “Dr. Jane Goodall’s discovery in 1960 that chimpanzees make and use tools is considered one of the greatest achievements of 20th-century scholarship. Her field research at Gombe [National Park] transformed our understanding of chimpanzees and redefined the relationship between humans and animals in ways that continue to emanate around the world.”

A means to promote environmental awareness

Mattel released the Jane Goodall doll to coincide with the July 14th World Chimpanzee Day to further acknowledge her important research as well as her efforts as a humanitarian, scientist and activist. The launch also marks the 62nd anniversary of Goodall’s first trip to the Gombe forest in Tanzania.

“Kids need more role models like Dr. Jane Goodall, because imagining they can be anything is just the beginning – seeing it makes all the difference,” said Lisa McKnight, executive vice president and global head of Barbie and Dolls at Mattel. “We hope that this collection and homage to a groundbreaking pioneer for women in science and conservation inspires kids to learn more about green careers, how they can protect the planet and act out sustainable stories through doll play.”

The Jane Goodall doll, which sells for approximately $35, features a younger version of the 88-year-old scientist wearing an outdoor khaki shirt and shorts along with binoculars. The doll is accompanied by Goodall’s most well-known research subject — David Graybeard, the chimpanzee who first accepted the environmentalist soon after her arrival in Tanzania. That bond allowed her to closely observe the primate’s community and the chimps’ behaviors.

Barbie fans are apparently bonding with Goodall’s story — as of press time the doll is sold out.

This Barbie doll is the first among Mattel's “Inspiring Women Series” to be made from recycled ocean-bound plastic and be certified carbon neutral. This doll joins others in the series modeled after inspirational icons such as Dr. Maya Angelou, Billie Jean King, Ida B. Wells, Rosa Parks and Eleanor Roosevelt.

‘Career of the Year’ Barbie doll series focuses on eco-leadership

The Barbie brand is partnering with the Jane Goodall Institute to introduce a four-doll set featuring career women working to protect our planet and advocate for sustainability. “This set is designed to encourage kids to play out their own sustainability stories and learn more about careers they may not be familiar with, including a chief sustainability officer, conservation scientist, renewable energy engineer and environmental advocate,” says Mattel.

To further recognize Goodall’s lifetime accomplishments, Barbie launched a partnership to promote the Goodall Institute’s Roots & Shoots program, created to encourage children to be curious and learn more about how they can influence society and their environment.

A step forward for sustainable toys

The Jane Goodall Barbie doll is certified as carbon-neutral by Climate Action Partners; in addition to performing a third-party lifecycle assessment of the doll, Mattel also bought carbon offsets from environmental projects in Australia, Ghana and the U.S. Other Barbie dolls include parts made from plastic waste sourced within 30 miles (50 km) of waterways.

Mattel is among several toy manufacturers incorporating recycling into their business models. Parents can send their children’s used toys — with the exception of any that are electronic — back to the company with the items recycled into new toys, down-cycled or converted into energy. In addition to Barbie, other Mattel brands participating in the company’s program include Fisher-Price, Mega and Matchbox.

Janice Phelan is a communications consultant and freelance writer based in the Kansas City metropolitan area. She has also worked as a journalist and public relations professional with extensive experience in education, health and wellness, workforce development and nonprofits.