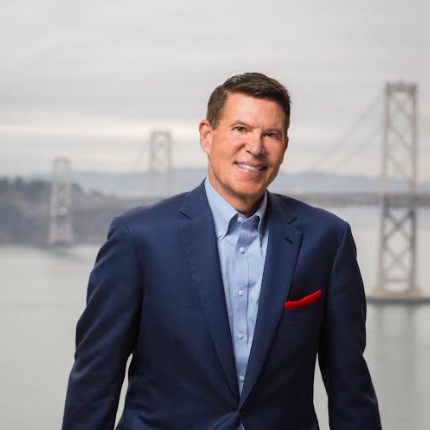 This article was co-written with Kelley E. Currie.

To appreciate how China’s techno-authoritarianism threatens the world, consider solar energy. What’s seen as a clean, modern and relatively high-tech alternative to fossil fuels has become another example of the Chinese Communist Party’s strong-arm approach to bullying other countries and dominating an industry. Worse yet, many American investors are willfully blind to China’s monopolistic tactics and use of modern-day slave labor, prizing their “green” portfolios over U.S. energy security and human rights.

Here’s the good news: Economies of scale have enabled cost reductions that many experts predict will lead to solar energy comprising 60 percent of the world’s energy needs by 2050. This will help reduce greenhouse gas emissions and go a long way to address climate change.

But here’s the bad news: The inconvenient truth of the inconvenient truth is that the manufacturing of solar cells is an energy- and labor-intensive process. That’s why 80 percent of the world’s solar panels are made in the coal-rich Xinjiang region of China, which is not only home to the world’s two biggest coal-fired power plants but also ground zero of the CCP’s genocide of the Uyghurs, who are used as slave labor. As we have witnessed recently at the gas pump, energy security is national security. Wars are started and lost because of energy. Unless drastic action is taken, we will find ourselves at China’s mercy for our energy needs, just as Germany is at Russia’s.

Already, China has nearly cornered the market for polysilicon, the base of the global solar supply chain. Over the past decade, China’s share of the global production of polysilicon increased from 26 percent to 82 percent, while the U.S. share plummeted from 35 percent to 5 percent. This did not happen by accident. China dumped state subsidies into solar production, engaged in arbitrage and undercut rivals with lax worker and environmental protections. Many American investors were complicit or worse in ceding the market to China. BlackRock and other institutional investors championed cheap solar energy as part of their highly lucrative “ESG” — environmental, social and corporate governance — portfolios, prioritizing easy-to-measure environmental considerations above equally important, but harder to quantify, human rights concerns.

Beijing has a history of trying to bully its way to the top of an industry. Fortunately, the recent history of advanced wireless technologies demonstrates that China has a fatal weakness: Other countries don’t trust it.

In January 2020, the world was convinced it was too late to prevent the CCP from dominating the fifth generation of global wireless telecommunications. China’s attempt to monopolize 5G communications had real national security implications for the rest of the world — threatening to put an authoritarian regime in charge of the world’s most advanced communications infrastructure.

But Beijing’s march to dominance — which was based on raw power rather than values — was reversed. Trust was the key. In less than a year, during the worst period of the COVID-19 pandemic, the Clean Network Alliance of Democracies brought together 60 “clean countries,” representing two-thirds of the world's GDP, 200 “Clean Telcos,” and dozens of industry-leading “clean companies” committed to only using trusted 5G vendors. This trust-based alliance defeated the CCP’s grand monopolistic scheme and created an enduring, replicable model for all areas of techno-economic competition.

A model for diplomatic and economic cooperation

Just as like-minded countries came together on a Clean Network to exclude malign actors from advanced wireless networks, so we can incorporate trust principles into our ESG standards. For example, we should exclude Chinese-domiciled firms from ESG-designated funds, require the Securities and Exchange Commission to define a company’s domicile in China as a “material risk,” and rationalize sanctions lists to ensure that companies that are implicated in human rights abuses lose access to U.S. capital markets.

The world’s democracies, led by the United States, have the moral legitimacy and economic power to stop a bully in its tracks. And now, we have a model to do it. Alliances built around shared values – fundamental to what we call “tech diplomacy” – are vital to both our economic self-interest and to the moral leadership we must summon toward a freer and fairer world.

Keith Krach is the Chairman of the Krach Institute for Tech Diplomacy at Purdue. He is the former chairman and CEO of DocuSign and Ariba and served as Under Secretary of State. Krach is nominated for the 2022 Nobel Peace Prize; he and his family are currently sanctioned by China.