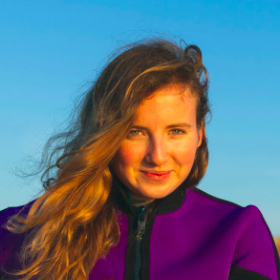 The increasing pressure for companies to decarbonize has left many scrambling to develop new strategies to demonstrate their climate leadership. However, a recent report conducted by the Corporate Climate Responsibility Monitor has shown that some of the largest companies in the world are misreporting or exaggerating their progress on climate action.

The study was completed by non-profit organizations such as the New Climate Institute and Carbon Market Watch. It assessed how 25 of the largest companies in the world were responding to the climate crisis.

The companies involved in the study have all pledged some form of zero-emissions or net-zero target. They account for 5 percent of all GHG emissions and have reported combined revenues of about $3.2 trillion in 2020. These corporations have the potential to lead us on the climate action front. However, the report shows that the companies commit to reducing their emissions by only 40 percent on average, not 100 percent as suggested by the term “net-zero”. Only three companies (Maersk, Vodafone, and Deutsche Telekom) have committed to a deep decarbonization of over 90 percent of their emissions.

The study was carried out with the attention of discovering good practices in the corporate world, but they were "frankly surprised and disappointed at the overall integrity of the companies,” said Thomas Day in a recent interview with the BBC.

The assessment of these 25 companies included: the tracking and disclosure of emissions, specific and substantial targets that have been set; how they are currently reducing emissions; and finally, if they cannot reduce emissions across all areas, how are they offsetting them.

The companies were given an overall integrity rating which ranged from "high integrity" to "very low integrity." Companies such as Amazon, Google, and Volkswagen received “low integrity” ratings. Maersk was the only company that received a “reasonable integrity” rating and none received a "high integrity" rating. The results don’t necessarily indicate that a company’s climate strategy is weak, but it may indicate that the lack of information provided meant that a good score could not be given. Companies could potentially receive better ratings if they were to be more transparent about their overall carbon emissions.

In an interview with Sam Gooder, the Head of EP&T Global, which specializes in working with companies to reduce their energy consumption and carbon emissions, he said that he was not surprised by the findings from the climate change responsibility monitor. “Unfortunately, sustainability is still a marketing tool and companies don’t want to look bad in front of the public. The laws and regulations surrounding what information companies must disclose about their carbon footprints still have loopholes, so companies can pick and choose what information they reveal."

For example, in 2019, Amazon started the Right Now Climate Fund and invested $100 million into reforestation projects and climate mitigation solutions. While those are sizable investments, analysts have concluded that more work must be done to tackle the company’s direct emissions – a far more difficult task.

That’s a similar challenge confronting larger companies worldwide. According to the New Climate Institute, upstream and downstream emissions within their value chains account on average for 87 percent of total emissions for the 25 companies assessed in this report.

So, can consumers trust that these companies will meet their net-zero targets? “I suspect many of them won't,” said Gooder. “Things have to be done now, not in a few years. Figuring out how to cut a company's downstream and upstream emissions can take years and often involves a very long process. For example, replacing boilers that are used to heat offices and factories can take years to organize. Furthermore, securing the budget to achieve their targets can be very difficult and I fear many will fail to meet their targets due to this.”

Holly is a recent graduate from the University of Southampton with a bachelor's degree in English Literature and Philosophy. She is currently working as a freelance writer and has a strong interest in the outdoors lifestyle, environmental issues and sustainable solutions. In her free time, she trains and competes internationally as a professional kite surfer.