Making the Cut: Fostering Sustainability and Purpose in the Apparel Sector

The #TurnToCold campaign is successfully convincing consumers that doing all of their laundry in cold water can save them money, help their clothes last longer and reduce greenhouse gas (GHG) emissions. According to the campaign, which features a collaborative effort between Tide and HanesBrands, the collective impact of that simple action would be widespread and profound.

Washing in cold vs. hot water saves 90 percent of energy in every wash cycle. Multiply that by the 25 billion loads of laundry done in the U.S. and Canada every year, and that’s a significant energy and GHG emissions savings just by turning the dial.
“At Tide, we have a goal to turn 3 in 4 loads of laundry to cold water by 2030. If we are successful, the resulting reduction of greenhouse gas emissions over the next decade would keep 27 million metric tons of carbon dioxide out of the atmosphere,” said Todd Cline, head of sustainability at Procter & Gamble North America Fabric Care, owners of the Tide brand. “That’s 10 times the annual operations emissions from all of P&G or the equivalent of the emissions generated to power both New York and San Francisco for an entire year.”

“Meanwhile, consumers could see a savings of up to $150 per year on their energy bills,” he added. “Turning off the lights is something people often do as a way to save energy. But we want people to know that washing clothes in cold water is another, even more, impactful energy-saving eco-habit. In fact, switching just one load from hot to cold saves enough energy to power the average American household for over an hour.”

#TurnToCold starts to move the needle on cold water washing

“When the #TurnToCold campaign kicked off, just under half of all laundry loads in North America used cold water,” Cline told TriplePundit. In its first 18 months, the campaign has helped push that figure to nearly 60 percent.

Chris Fox, chief sustainability officer for HanesBrands, attributes that progress to the effectiveness of the campaign’s messaging, which focuses on three benefits of cold water: better for your clothes, better for your wallet, and better for the environment. “ “This is going to be a long-term behavior change effort, and you’ve got to start with just getting the message out in front of people,” said Fox. “We’ve gotten off to a strong start with that over the last year and a half.”

Tide’s #TurnToCold partnership with Hanes aimed to make 300 million consumer impressions by the end of 2022 through messages on packaging and media outreach. The campaign left those estimates in the dust, garnering more than 800 million impressions by the end of last year. This messaging was further supplemented with clever engagements including a Tide ad series featuring Ice-T and Stone Cold Steve Austin and a partnership with 15 National Football League teams to wash a million pounds of laundry a year in cold water thereby encouraging 80 million households of NFL fans to also make the switch to cold water.

Both Tide and HanesBrands have set ambitious, long-term sustainability agendas for the next two decades. Tide launched its 2030 Ambition in March of last year, which outlines plans to “decarbonize laundry at every step” — from design, manufacturing and distribution to consumer use and end of life.

At the same time, leading brands like Tide will play a critical role in helping its parent company, P&G, meet its goal of net zero carbon emissions by 2040, including reducing their products’ carbon footprint by 40 percent per use and making manufacturing operations carbon neutral by the end of this decade.

HanesBrands recently updated its 2030 Global Sustainability Goals to reflect the progress made since the targets were first announced in 2020. The company has committed to set science-based targets to significantly reduce emissions, cut energy and water use by 25 percent, and eliminate landfill waste, among other objectives. 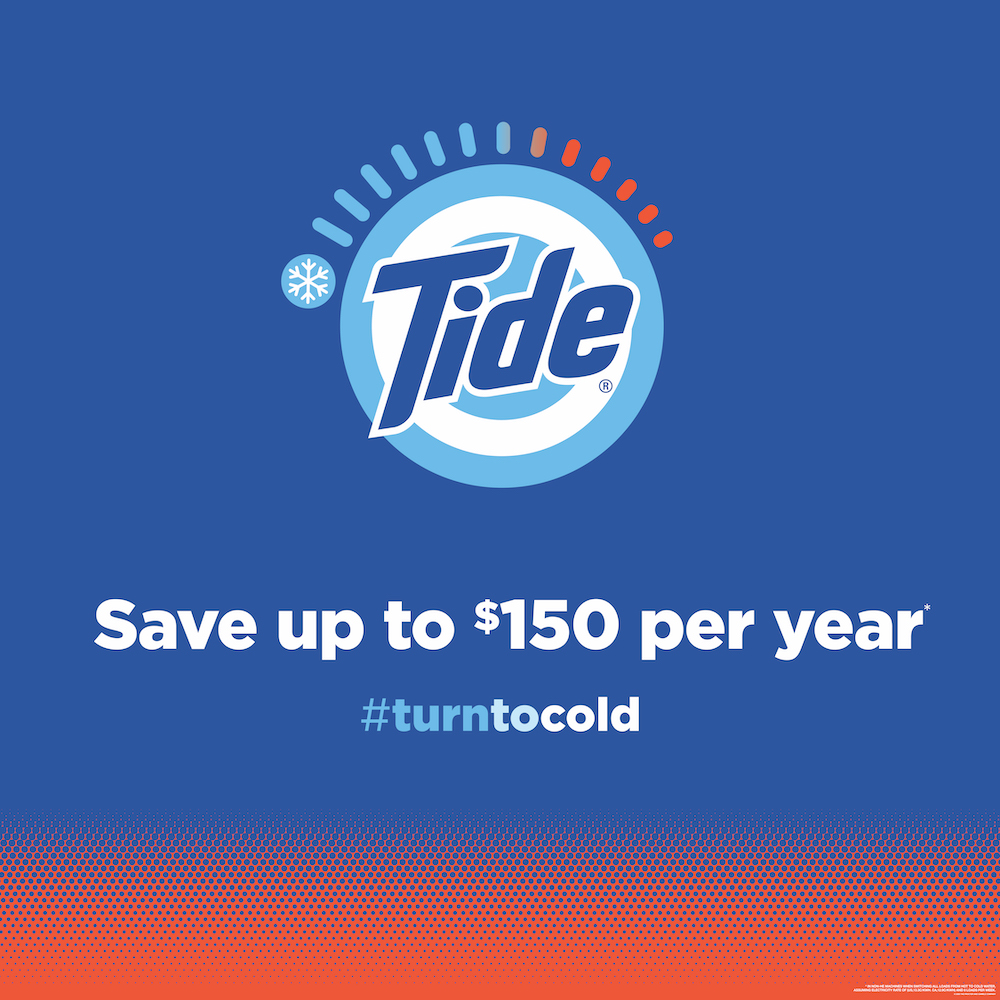 Importantly, the #TurnToCold campaign gives people a way to make a positive impact, and organizers are finding that people want to lead more sustainable lives.

“It’s really meaningful to consumers to know that if they make these changes, it’s actually having a positive impact,” Cline said. “It’s not an instance where they have to give up something in their life. It’s just really a win-win for everyone.”

According to Fox, the #TurnToCold campaign is a “great example” of the overall importance of collaboration between businesses.

“The more companies like ours come together, sing the same song and drive the same message, we believe that will really create behavior change for the long haul,” Fox said. “This is an effort that I don’t know if either one of us would be as effective at independently, but when you put two big organizations together successfully, you can have one and one equal three.”

Cline said discussions are underway about how to extend the relationship and do more through the collaboration.

“We recognize that consumer behavior change will take a long time and just one ad campaign and six months of talking about it on a package aren’t going to move the needle to 3 out of 4 loads of laundry washed in cold water,” Cline said. “This is a long-term commitment.”

This article series is sponsored by HanesBrands and produced by the TriplePundit editorial team.