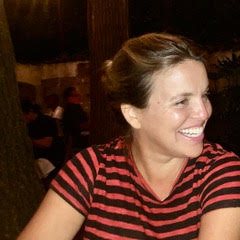 Essential Workers Across the Globe Keep Leaving Their Jobs

Droves of “deskless workers” — i.e., essential workers who are unable to perform their jobs remotely or within a hybrid environment — may still be leaving their jobs by the start of the new year. A recent survey from Boston Consulting Group (BCG) uncovered why they are on this tack, providing business leaders with the necessary intelligence to respond accordingly and stave off a potential labor crisis.

BCG had surveyed more than 7,000 essential workers, generally employees who operate in non-office settings, across industries in Australia, France, Germany, India, Japan, the U.K. and the U.S. The survey revealed that more than one-third of these employees are considering quitting their jobs in the next six months.

Essential workers make up more than three-quarters of the global workforce. The work they perform is vital, as evidenced during the peak of the pandemic when many businesses shut down and these employees remained on the front lines, enabling the global economy to plug along.

Of the seven nations surveyed, Japan is the most at risk of losing essential workers as they were found to have the least attachment to their jobs. And while the U.S. is one of the surveyed countries with a lower share of essential workers at risk of leaving, in May there were over 11 million job openings in the U.S.; another 4.3 million Americans quit their jobs during that month alone.

As a result, businesses across all sectors around the globe are struggling to find workers. These widespread labor shortages make a company’s employee retention rate more important than ever, as higher turnover leads to higher training costs.

There has been much speculation about the causes of the “Great Resignation,” particularly as it appears to be a counterintuitive trend in view of soaring inflation, rising interest rates and the looming threat of another recession. Some companies in sectors such as retail have made efforts to encourage their employees to stay: They increased wages and added incentives in an attempt to attract and retain employees. But such attempts have not always been successful, as many essential workers have reported that they left jobs due to what they felt was a toxic workplace culture.

BCG’s report provides insight into what is motivating so many employees to leave their jobs during what is a challenging time. The primary factors identified were the lack of opportunity for career advancement (41 percent), pay (30 percent), and lack of flexibility in terms of when and where they work, as well as work-life balance (28 percent).

At the same time, the reasons workers gave for wanting to remain in their current roles included pay satisfaction (48 per cent), job security (30 per cent), career advancement opportunity (23 percent), in addition to having an easy commute (23 percent).

Having aggregated all the data, BCG suggests next steps that can help address the factors contributing to this ongoing mass exodus. For example, companies are encouraged to factor in workers’ needs when scheduling shifts. Establishing pathways for employees’ career advancement can also help with retention. Creating a “frontline first” culture by listening to workers and responding by making appropriate changes, adjustments and improvements to human policies and practices can also encourage workers to stay.

“Deskless” workers are essential workers. They are as integral to our day-to-day lives as they are to our global markets and supply chains. And yet, they are often treated as if they don’t matter, or even worse.

BCG’s report functions as a collective voice for essential workers and gives them a direct line to the C-suite. Business leaders need to listen to their employees, and then equally important, they need to act. Let’s hope for everyone’s sake this is the whistle blow at the end of a shift for business-as-usual.

C.D. Fitzgerald is a freelance writer and entertainment industry professional. She lives in New England.

Putting Sustainability at the Heart of the Enterprise

A Thanksgiving Message from TriplePundit

A Climate Change Message to Governments: Meet Today’s Needs and Build for Tomorrow

Sharp Turns Ahead: Here’s How to Navigate a Curvy ESG Landscape

What Is ESG? Everything You Need To Know About Environmental, Social, and Governance

Integrating Impact: How to Do Well by Doing Good

Make it Make Sense: Manufacturing a Recession When ‘No One Wants to Work Anymore’

Everything You Need to Know to Improve Your ESG Communication Strategy