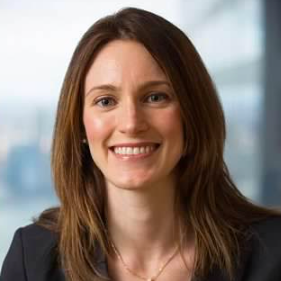 We live in an increasingly connected world where consumers rely on connected devices more than ever before – a trend that accelerated during the global pandemic. While living in isolation, we found ourselves turning to our devices to keep working, learning and connecting. In fact, Assurant’s latest "Connected Decade" survey found that consumer use of connected devices in the U.S. increased by 50 percent from 2019 to 2021. Moreover, U.S. consumers spent 41 percent more time on connected devices in 2021 than they had in 2020.

But it’s not only the pandemic that has sped up connected device adoption. The sunsetting of 3G and advent of 5G networks, increased storage capacity, improved battery life and high-definition cameras, as well as shorter cycles between new generations of smartphones, are also among the developments driving demand for the latest and greatest technology. These same factors, however, have sped up the pace at which devices are exchanged. The hype for each new generation of the iPhone or Samsung’s latest innovation is enticing, leading consumers to ditch their old devices much more readily than they have in the past.

In this environment, developing innovative solutions to extend the useful life of connected devices such as mobile phones and tablets – or at the very least recycling materials from devices that are no longer usable – is more critical than ever. Every device that is repaired and returned to the customer or refurbished to be sold in the secondary market – rather than locked away in a drawer or consigned to a landfill – provides a positive impact on the environment. It directly reduces electronic waste generation, carbon emissions and the need for virgin materials, including metals and minerals used in device production, ore and water. And it makes devices more accessible, which improves digital equity.

The reuse and repair of mobile devices is not only supporting sustainability, but also has a strong built-in business case. With the cost of devices increasing significantly over the last several years, consumers have become more comfortable with the idea of purchasing certified refurbished devices. What once was a side business for wireless carriers and electronics retailers has become a lucrative, core part of their offering for consumers, with companies such as AT&T and Verizon prominently featuring certified, pre-owned devices alongside other retailers selling exclusively used products.

At the same time, the demand for second or even third generation devices around the world is more robust than ever, especially in light of recent supply chain challenges. Thanks to modern techniques, properly refurbished devices are most often nearly impossible to tell apart from new ones. In markets where there is no Apple Store around the corner or Best Buy down the block, having access to a reliable, refurbished second or even third generation devices give millions of consumers the ability to conduct critical tasks such as banking, finding work, communicating with friends, colleagues and loved ones, accessing news and information, and gaining access to entertainment.

As one of the world’s largest collectors of connected devices for reuse, refurbishment, repair and recycling, we’ve seen first-hand the impact that finding a new home for smartphones can have on driving digital equity. In 2021, across our Assurant mobile repair facilities, we repaired and resold 17 million mobile devices, a three-fold increase over 2020.  Most of the devices we took in were working devices that were graded, tested, cleaned and sent out to be sold, and most of them ended up in the hands of consumers in a variety of key global markets. We also repaired millions of broken devices to a certified pre-owned standard, often for use as replacements in insurance claims or resold to consumers via retailers. Finally, working with certified vendors, we recycled materials and salvaged parts from nearly 2 million unusable mobile devices in 2021.

In total, since 2009, we have repurposed more than 116 million electronic devices, which equates to 23,000 metric tons of electronic waste diverted from landfills and six million metric tons of avoided carbon dioxide emissions.

As new features roll out on cutting-edge connected devices, and manufacturers continue to push the envelope further on both features and price, we strongly believe that the market for refurbished devices will only continue to grow. This will allow Assurant to continue to play a critical role in maximizing the useful life of devices, including putting more used devices in the hands of consumers around the world who increasingly need digital capabilities while also doing our part to minimize the need to extract resources from an increasingly fragile planet.

Suzanne Shepherd is Senior Vice President of Investor Relations and Sustainability at Assurant. She leads sustainability and ESG engagement for the company’s global operations across 21 markets and serves as the primary company spokesperson with the investment community.