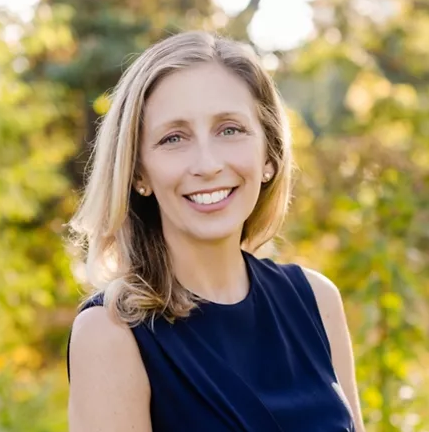 Food Waste Innovation: Good for Business, Essential for the Earth

It’s difficult to wrap one’s head around 1.3 billion metric tons. It is the weight of 22.5 Great Walls of China, 197 hoover dams, and 130,000 Eiffel towers. It is also the weight of food waste generated worldwide every year.

Food waste is a problem across the entire value chain

Food waste happens at every stage of the supply chain, with inclement weather, overproduction, distribution and processing issues, and uncertain markets leading to losses even before the food arrives at retail locations, while overstocking, overbuying, and confusion over labels result in food waste in stores and homes. The source of the most significant loss differs worldwide. More than 40 percent of food loss in developing countries occurs at the post-harvest and processing stages, while in industrialized countries, more than 40 percent of such waste occurs at the retail and consumer level. In the U.S., our modern supply chain, which prioritizes efficiency and variety, exacerbated the issue over the last half-century resulting in the amount of food ending up in landfills nearly tripling between 1960 and 2020.

Due to the far-reaching consequences of food waste for all populations, from economic to social and environmental, it is increasingly viewed as a critical area of focus and opportunity for innovation for governments, businesses, and nonprofits. And because there are so many ways in which this waste occurs, we need a wide range of solutions and an array of technologies to make an impact.

Waste not, want not

The economic ramifications of food waste are staggering. Those 1.3 billion metric tons of food wasted every year equate to $936 billion in economic losses. The U.S. alone spends $218 billion a year or 1.3 percent of GDP producing, processing, and transporting food that is never eaten. The social consequence is that one in eight Americans struggle to put food on the table despite there being more than enough food to go around.

In addition to the economic and social implications, wasted food has an incredibly consequential and underappreciated environmental impact. According to an IPCC report, from 2010 to 2016, global food loss and waste accounted for 8 to 10 percent of total anthropogenic greenhouse gas (GHG) emissions. If food waste were its own country, its emissions would rank third after the U.S. and China. These emissions result from growing, processing, and transporting food, and the methane generated when discarded food ends up in landfills. Additionally, the loss of this food represents a loss of already scarce resources, with 30 million acres of cropland and 4.2 trillion gallons of water used to produce the food wasted in the U.S. annually.

Food waste is much more than just a sum of its consequences; it also represents a massive economic opportunity. According to Future Market Insights, the food waste market is valued at nearly $53 billion and is projected to grow at a compound annual growth rate (CAGR) of 4.6 percent to reach $83 billion by 2032. A 2020 analysis conducted by ReFED, a nonprofit working to end food waste and loss in the US, found that investments to halve food waste by 2030 would result in a five-to-one return in addition to creating thousands of jobs, reducing greenhouse gas emissions and water and land use, and saving billions of meals.

Today, efforts to reduce lost food are already bearing fruit. A study by Champions 12.3, a group of executives across sectors dedicated to reducing food waste, analyzed 700 food and hospitality companies in 17 countries that took actions to reduce such waste and found that the median return on investment was 14 to one.

Adding to the momentum are the commitments countries worldwide have made to reduce food waste. The United Nations aims to halve all food wasted by 2030. In 2012 the European Parliament passed a resolution to halve food waste in the EU by 2025, while in 2015, the U.S. government declared a similar 50 percent goal by 2030.

Solutions taking on food that is lost across the value chain also have something that has become increasingly rare: Many of them garner bipartisan support. A bipartisan U.S. House caucus is looking at ways to reduce food that is wasted across the supply chain. Last year Senators Pat Toomey and Richard Blumenthal introduced the Food Donation Improvement Act, a bipartisan bill that would expand liability protection for donated food to reduce food waste.

In the next article in this two-part series, we will explore innovations across the supply chain, including digging into prevention and recovery solutions that can stem the flow of food waste before it gets thrown out.

Tonya Bakritzes is a Managing Director on S2G Ventures' Platform Team where she oversees the fund’s brand strategy, marketing and communications and provides strategic guidance to the fund’s portfolio companies.