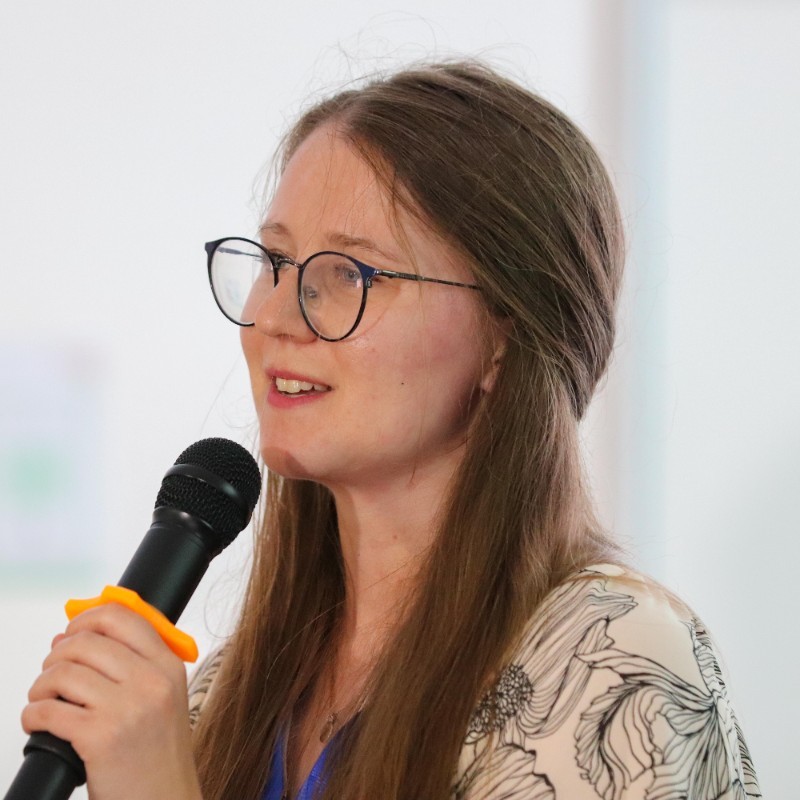 As with every global climate conference across the past three decades, expectations were high at COP27 in Egypt for countries to work with renewed fervor in the collective fight against climate change. The world was watching to see if we would finally make significant progress in two critical areas: phasing out fossil fuels from the global economy to mitigate harmful carbon dioxide emissions, as well as financing adaptation and recovery from loss and damage in the regions most vulnerable to climate change impacts. As a millennial who has now attended five U.N. climate conferences (COPs) across the past seven years, I witness the same story every time:

One of the other observations I made — now the topic of my Ph.D. dissertation — is the growing communication divide between climate scientists and policymakers in these spaces. For the 10 days I attended COP27 in Sharm El-Sheikh, I spent most of my time at the pavilion hosted by the Intergovernmental Panel on Climate Change (IPCC) and the World Meteorological Organization (WMO), located on the other side of the venue from the negotiation rooms.

While a few negotiations in the first week invited these experts to share with delegates their findings from the IPCC’s sixth assessment report on climate change, most of their insights were heard in their small pavilion and the occasional side events in front of an audience of mostly observer organizations.

The IPCC sessions provided crucial information from the Working Group II and Working Group III reports on the vulnerability to climate change and evidence-based options for climate adaptation and mitigation by a range of diverse, interdisciplinary scientists traveling from all corners of the world to share their insights.

However, their sessions were frequently overshadowed by the large, flashy neighboring pavilions, some hosted by corporations and fossil fuel-rich countries. Technical difficulties and the tumultuous surroundings of the expansive “world climate fair” made it difficult to hear the IPCC scientists present the best available evidence on the multifaceted challenge we face and potential pathways our society can embark on, such as climate resilient development. The irony is that the COP is founded on these scientific findings and yet politicians and policymakers, particularly from developed countries, seemed not to be heeding their calls for more urgent action.

I have seen a great deal of appreciation but limited attention and use of the findings from the IPCC reports by policymakers at the COPs. One potential solution is a redesign of the panel to make it more effective in meeting its mandate of directly informing policy. What could be helpful is going beyond assessments to have deeper interactions and a better two-way flow of information between policymakers and scientists, with science not sidelined away from policymakers.

As I envision it, the IPCC would not only be communicating the science to the policy arena, but policymakers would also share their policy needs with the scientists. In the best-case scenario, we’d see more coherent, evidence-based decisions that are vital for tackling this climate emergency that my generation and following generations will inherit.

As a COP veteran, I see the difficulty of navigating these multi-stakeholder, inter-governmental processes where everyone has their own agenda and ideas on the best way to address climate change. It is frustrating to realize how long it has been since the Paris Agreement came into force and how far we still are from limiting global warming to 1.5 degrees Celsius.

The minimal progress made by a majority of the countries to achieve their nationally determined contributions is disheartening. As countries continue to disagree, holding climate talks hostage, many are on the verge of giving up on this process.

It is reasonable to ask: Is this really the best way to address the complex problem of climate change? No one has a concrete answer. The one thing we can agree on is that, for now, this is the best we have. To create and collectively agree on an alternative mechanism that would be more effective and inclusive than the UNFCCC would take time that we unfortunately do not have.

So, time and again, we all eventually return to this space to make countries accountable for their inaction on climate adaptation and mitigation. And, with the limited power that observers have, we try to enhance the equity and evidence base of COP decisions.

I still hold out on hope that we’ll one day see results from the relentless efforts of climate justice organizations that have attended COPs since the very beginning. They played a huge role in bringing adaptation finance and loss and damage to the top of the agenda at COP27, so that we prioritize the most vulnerable groups in this climate crisis. The landmark decision of COP27 in establishing a funding facility for loss and damage is largely thanks to them pressuring negotiators since day one of international climate negotiations.

I know I can’t speak for my whole generation, but my hunch is that most millennials are aware of the daunting challenge of climate change and prepared to carry on the good fight, taking a different approach than the generations before us who caused this mess. We will do our best to prioritize people over profit, kick the big polluters proposing false solutions out of these negotiations, facilitate a just transition, bridge the silos and enhance cooperation across sectors, halt ecocide and shift finance toward climate adaptation and recovery from loss and damage in vulnerable developing countries, and make this planet habitable for animals and humans alike. It may be far-fetched, and it certainly won’t be easy. But it’s better to hold onto optimism than give in to despair and climate anxiety. After all, what is the alternative? Ours is a future worth fighting for.

Sara Velander is an American-Swede who is a Ph.D. student at the University of Bonn. She has attended the last several COP summits as part of her dissertation focus, which looks at how effective these global climate change policy negotiations have been at attempting to to bridge science and policy.