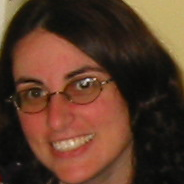 With COP27 now in the rearview mirror, we can point to a commitment to global decarbonization as one of the outcomes resulting from the recent global climate conference. Whether any commitments out of Egypt actually pan out is debatable — especially considering the continued finger-wagging and arguing between the world’s largest polluting countries that are still ongoing days after COP27 ended.

Government is taking the lead on decarbonization, but business needs to step up

Even before COP27 started, recent legislation enacted across the globe shows promise for driving decarbonization. Take, for example, the potential impacts of the Inflation Reduction Act in the U.S. Through the Inflation Reduction Act, the U.S. will be investing billions of dollars in supporting business and industry that demonstrate reporting of and reduction in greenhouse gas emissions.

Recent policy shifts such as Japan’s Green Transformation (GX) program and the European Union’s climate crisis package also could pave the way for more deployment of renewables. China, India and South Korea have also launched policies that will boost spending on renewables and other cleaner forms of energy this decade as well.

In addition, a coalition of 19 countries including the U.S. have formed the The Net-Zero Government Initiative at COP27 in order to harness the power of government to increase the demand for business and industry to embrace decarbonization. These governments have committed to achieve net-zero government emissions by 2050, with strategies and interim targets to be published before next year’s COP28.

We also can’t dismiss local efforts to tackle decarbonization. Take a look at the Under2 Coalition, which brings together over 270 state, provincial, regional and local governments representing 1.75 billion people and 50 percent of the global economy. Members commit to keep global temperature rise well below 2°C with efforts to only reach 1.5°C, with over 40 states and regions committing to reach net-zero emissions by 2050 or earlier.

Never dismiss the power of partnerships

But it isn’t enough for governments to take action and wait for the private sector to do its part to push forward on decarbonization. To that end, partnerships can often drive climate action efforts further and faster. These four in particular standout:

The Clean Energy Ministerial Industrial Deep Decarbonisation Initiative (IDDI) is a global coalition of public and private organizations who are working to stimulate demand for low carbon industrial materials. Within the next three years IDDI expects to have encouraged a minimum of ten governments to make public procurement commitments for low-carbon steel and cement by 2025.

The We Mean Business Coalition is a global nonprofit coalition of businesses and business-focused nonprofits with a goal of halving emissions by 2030 and accelerating an inclusive transition to a global net-zero economy by 2050 through creating a comprehensive roadmap for business to follow.

First Movers Coalition is a global initiative to jump-start the decarbonization of the 7 industrial sectors that currently account for 30 percent of global emissions. Members commit to purchasing a proportion of the industrial materials and long-distance transportation they need from suppliers using near-zero or zero-carbon solutions, despite the premium cost.

The Climate Group is a non-profit organization that works with businesses and government leaders around the world to address climate change with a goal of achieving net-zero carbon emissions by 2050. This includes programs such as Concrete Zero and Steel Zero, pooling its members' collective purchasing power and influence to shift global markets, investment and policies towards the sustainable production and sourcing of these materials.

This strategy increases the impact of decarbonization efforts by incorporating all levels of the supply chain in the process — and various representatives from these companies made such points during the COP27 events in Egypt.

Ørsted, for example, launched a supply chain decarbonization program in 2020. Rasmus Nikolaj Due Skov, Senior Director, Head of Global Engagement & Bid Solutions, reported during a talk in Egypt that at the time few of their major suppliers were reporting carbon emissions, and none had set science-based targets. By the end of 2021, 97 percent were reporting on emissions and 36 percent had set science based targets.

Further, as Tareq Emtairah, Director of Sustainable Energy and Decarbonization Division with IDDI explained, “demand signals have always been a key driver of innovation so if you want to get industry and private sector to deliver cutting edge innovations you just have to ask for it, demand it, and they will do it.”

We’ll need more of these partnerships, and an expansion of current ones, if the world can truly achieve decarbonization. There is no shortage of critics, such as Bill McGuire, Professor Emeritus of Geophysical & Climate Hazards at University College London. Writing for the Guardian, McGuire summed up COP 27 shortcomings, and the climate conferences before it: “It really does beggar belief, that in the course of 27 COPS, there has never been a formal agreement to reduce the world’s fossil fuel use. Not only has the elephant been in the room all this time, but over the last quarter of a century it has taken on gargantuan proportions — and still its presence goes unheeded.”

This article was written with Leon Kaye.

Amy Forman is a freelance writer and editor based in Atlanta, GA. She holds bachelor’s degrees from Penn State University, a master’s degree from the University of Pittsburgh, and a certificate in sustainability from Emory University. Amy enjoys writing about the environment, education, wellness and travel.