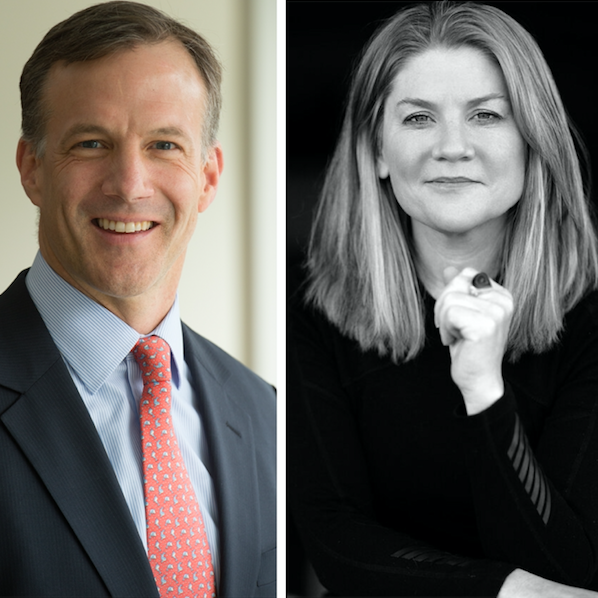 Earth has a 50-50 chance of warming 1.5 degrees Celsius above pre-industrial levels in the next five years, according to a new report from the World Meteorological Organization. Climate change has reached a dangerous place. The climate is on track to warm 2.7 to 3 degrees Celsius (4.9 to 5.4 degrees Fahrenheit) from pre-industrial times, with devastating consequences for human safety and well-being. Around the world, communities will suffer more frequent and intense heatwaves, droughts, wildfires, storms, flooding and other calamities. The changes are already being felt, with the frequency of such (not-so-natural) disasters quadrupling since 2000. As always, the world’s poor will suffer most.

More alarming still is the growing risk that warming will trigger abrupt, catastrophic shifts in Earth’s natural systems. Such potential tipping points include an accelerated melting of permafrost and a rapid collapse of the Amazon rainforest.

It’s easy to be frightened about the future we are facing with global warming. Fortunately, there may be a lifeline, albeit an unorthodox one. It is called sunlight reflection, or solar climate intervention (SCI), and it involves slightly increasing the reflection of sunlight from clouds and particles in the atmosphere to reduce climate warming. Society needs to explore this option because climate change poses a catastrophic threat now. That is the central message of a report from the Council on Foreign Relations, for which we served as author and advisor, respectively.

The world currently has three main strategies to manage climate risk: emissions reductions, carbon removal, and adaptation. Unfortunately, the changing climate is now outpacing these efforts. Emissions must decline 50 percent by 2030 to meet the 1.5°C target, but are on pace to rise 16.3 percent instead. New technologies to capture and permanently store atmospheric carbon could take decades to scale. Efforts to build resilience against warming and its impacts are expensive, underfunded, and inherently limited. Most local measures will be overrun by warming effects in the interconnected climate system.

How much worse it will become depends on how warm it gets. Given this predicament, the world cannot afford to ignore a potentially rapid climate response that could keep people safe and natural systems stable while humanity transforms the global economy and reduces the amount of carbon we release into the atmosphere.

Increasing sunlight reflection to cool the climate could be accomplished in various ways. The most promising options are based on naturally occurring events. One approach would involve dispersing aerosols in the upper atmosphere (or stratosphere), likely from aircraft. This would be a safer version of the cooling effect of particles emitted during volcanic eruptions, such as that of Mount Pinatubo in 1991, which reduced global temperatures by about 0.5°C (1.1°F) over the ensuing fifteen months. Another approach involves spraying a mist of sea salt from ships (or ocean platforms) to brighten low-lying marine clouds. This approach would be a cleaner version of the global cooling effect of current particulate pollution, estimated at 0.5-1.2°C.

Despite these precedents, the idea of sunlight reflection has been controversial, though that is starting to change as the risks of warming intensify. Critics worry that climate interventions could carry large, uncertain risks and will give governments, corporations, and citizens a perceived pass to continue polluting. These warrant careful consideration. They need to be weighed not in isolation, but against the rising safety risks of an already warming the planet. The key question is: Can increasing the reflection of sunlight from the atmosphere reduce the dangers posed by global warming?

Unfortunately, we don’t know the answer because our understanding of the relevant atmospheric processes and their impacts on natural systems is too low. This leaves policymakers flying blind, unsure of the feasibility of—and unable to make informed decisions about—reflecting sunlight to cool the climate. Complicating matters, the world lacks monitoring systems and specific agreements to govern the implementation of such approaches. This increases the threat, as the National Intelligence Council has warned, that a single country could launch a unilateral program sometime soon, with global effects and geopolitical ramifications.

To ensure the world has the information it needs to evaluate these approaches, the Biden administration and Congress must launch an ambitious, well-funded national research program on reflecting sunlight to reduce climate risk. Such an initiative would build on recommendations issued last year by the U.S. National Academies, as well as direction already given to U.S. science agencies by Congress in the FY22 funding bill to develop a 5-year plan for research to support an assessment of near-term climate risks and solar climate intervention.

This U.S.-led effort must be grounded in international cooperation. The United States should promote mechanisms for scientific collaboration, multilateral monitoring and assessment, and joint decision-making on any deployment of these techniques. The Montreal Protocol for Protection of the Ozone Layer, which is already reviewing the implications of sunlight in the stratosphere as part of its next Ozone Assessment, is a promising place to start. That convention’s universal membership and commitment to science-based decision-making have helped make it history’s most successful environmental treaty.

Although current global tensions will complicate diplomacy, we believe that a mutual vulnerability to climate change could create opportunities for collaboration that cut across traditional geopolitical and ideological lines, including between the United States and China and between advanced economies and developing ones.

The ultimate solution to climate change is ending carbon emissions and removing carbon from the atmosphere. The dilemma for humanity is how to survive, much less thrive, during this transition. Sunlight reflection could be a bridge that offers safe passage to a sustainable future. To protect people and natural systems, we need to do the work to find out.

Stewart Patrick is a senior fellow at the Council on Foreign Relations and the author of the recent report Reflecting Sunlight to Reduce Climate Risk: Priorities for Research and International Cooperation.

Kelly Wanser is an innovator committed to pursuing near-term options for ensuring a safe climate. As Executive Director of SilverLining, she oversees the organization's efforts to promote scientific research, science-based policy, and effective international cooperation in rapid responses to climate change.