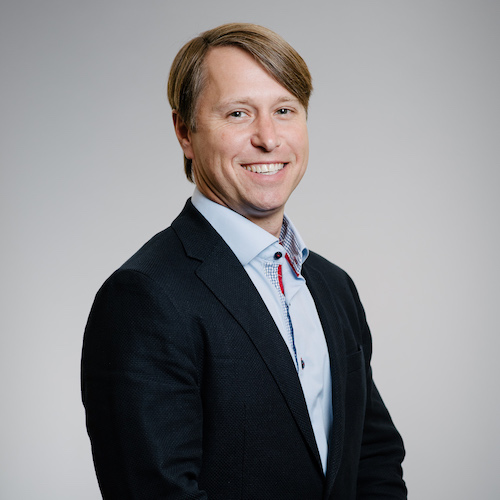 Rescuers make their way through flooded downtown Jacksonville, Florida, in the wake of Hurricane Irma in 2017.

As the U.S. deals with record-breaking devastation from climate change to the tune of $20 billion annually, we need to make climate resiliency a top priority for infrastructure, which, according to McKinsey, is now expected to “bear the brunt” of anticipated total climate change adaptation costs moving forward — estimated between $150 billion and $450 billion per year on infrastructure by 2050.

The American Society of Civil Engineers (ASCE) defines climate resiliency as “the ability of an infrastructure system to adapt to and withstand various climate-related stressors.” These stressors may include extreme temperatures, violent storms, floods, drought and wildfires. These more frequent and intense weather events are sapping our own resilience as a society, while aging infrastructure fails to keep pace with the new, unpredictable “normal” that is climate change.

The recent deadly flash flooding in Kentucky is just another heartbreaking example of the urgent need to shore up our infrastructure that supports our communities, businesses and livelihoods. The effects of climate change are devastating, and many people and organizations across the country are struggling with the sense of lost control over the impact on lives and property.

However, what we can control is how our infrastructure and society plan for and react to climate change. The answer? We can invest in and utilize digital technology that will help engineers model solutions to harden our infrastructure against future hits from Mother Nature.

Digital technology can provide the climate resiliency roadmap that lets us analyze and model how our highways, ports, water systems, electrical grids, buildings, and more should best respond to these events based on data from past, present and even future scenarios. The Texas power grid failure of 2021 demonstrates just how quickly things can go wrong when systems can’t keep up with climate change — plunging temperatures caused residents to turn up the heat, which maxed out power grid capacity and set a dangerous chain of events in motion. With digital technology, we can understand, forecast and mitigate climate risk threatening infrastructure by leveraging a digital twin.

A digital twin is a 3D digital representation of something in the physical environment that is continuously updated with real-time data from that physical environment. Digital twins track and visualize real-world conditions through IoT (Internet of Things) connected devices like drones and sensors that capture detailed data from water, weather and materials. As the data comes in, engineers use the digital twin to create a more resilient version of the infrastructure. They can create and evaluate “what if” scenarios before an event happens. These resilient designs can help reduce carbon footprint by using low-carbon materials and consuming fewer resources.

As state and private organizations submit resilient infrastructure plans and seek design approvals, these digital models provide transparency to the public and other stakeholders who can readily understand the project in 3D digital models versus 2D paper plans. Organizations that may not have access to technology resources can now apply for digital technology funding available from recent legislation such as the Infrastructure Investment and Jobs Act (IIJA) and the Inflation Reduction Act, which includes $2.3 billion in funding alone for expanding flood control. Flood modeling and simulation technology helps cities that experience heavy rainfall, flooding, and sea water rise to mitigate risk and achieve their climate resiliency goals for vulnerable infrastructure like electricity substations, telecommunications services and roadways.

The effects of climate change can especially take its toll on bridges. Storm surges from hurricanes are lifting bridge decks off their supports, while increasing precipitation, humidity and higher carbon concentration are speeding up the deterioration of materials used to build these vital structures, which typically can have a service life of as long as 100 years.

A 2021 report by the American Road and Transportation Builders Association found that more than 220,000 bridges in the U.S. need major repair work or should be replaced. At the current pace of work, it will take roughly 40 years to repair these 45,000 structurally deficient bridges, the report estimates. However, time is of the essence as keeping bridges open is critical for our local economies and supply chains.

To speed up the process, states like Texas and New York are using digital technology and digital twins for bridge inspections, real-time structural health monitoring, design and construction. The Texas department of transportation (TxDOT) has gone completely digital with its recently launched Bridge Digital Delivery Initiative that helps bridge engineers accelerate the workflow of a project, from concept to 3D model to construction. And earlier this year in New York, the state department of transportation (NYSDOT) completed a project using digital twins to assess and replace the 138th Street bridge in the Bronx — a project that involved complicated structural design and coordination in a very congested area.  By using digital twins for their designs, both the TxDOT and NYSDOT now have the necessary tools to future-proof their projects, which can lead to better climate resiliency.

More states will be able to invest in bridge repair using the IIJA’s new Bridge Investment Program (BIP), which earmarks $12.5 billion over the next five years for repair, rehabilitation and replacement projects. This is in addition to the $27 billion in bridge funding announced by the U.S. Department of Transportation earlier this year via the Bridge Formula Program.

Beyond improving the climate resiliency of roads and bridges, digital technology can also play a large role in making energy production safer and more reliable — especially with process controls and emissions monitoring. In light of the Inflation Reduction Act, there is a renewed sense that our country will work together to transition to clean energy. That said, it is access to digital technology that serves as the common denominator to help large-scale infrastructure projects like power plants plan cleaner and safer facilities. 3D models (digital twins) of pipes, valves, and other equipment used to transfer steam or liquids analyze stress and demand flow while sensors continuously monitor toxic emissions of carbon dioxide, sulphur dioxide and mercury.

In a recent report by the United Nations Office for Project Services (UNOPS), experts state that “climate change impacts are increasingly being felt and are concentrated in urban areas, which are expected to grow by two and a half times by 2050.” As this demand for resilient infrastructure grows, we will see more adoption of digital twin technology to support an increasing number of smart cities, as well as the power grids, highways, bridges and seaports that connect them all to keep our world moving forward. The transparency and predictability offered by digital technology is critical to visualizing and understanding what we are doing right to get ahead of climate change and where we need to improve in our attempts to make our infrastructure more resilient for current and future generations.

Whether Benjamin Franklin said this or not is up for debate: “If you fail to plan, you are planning to fail." What should not be up for debate is taking advantage of technology available now that can make our infrastructure safer and more resilient.

Dustin Parkman is vice president of mobility at Bentley. He has held several senior product and business development positions throughout his career, and has specialized in developing products and solutions that service the infrastructure industry. Parkman has dedicated his career to creating technology that allows engineers, contractors, and owners to automate the construction and operation of infrastructure.

Soon, ‘Googling It’ Will Make Sustainability Data Fast and Easy