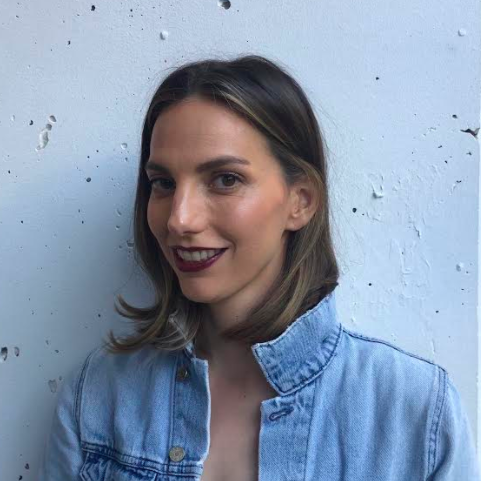 U.S. tech companies have an outsize role in public health and safety, cultural norms, and community-held beliefs. Their effect stems not just from business relationships but from relationships with elected officials in Washington, in state capitals and city halls. Tech companies have ignored the public good and public health for too long. The Black Lives Matter movement is an opportunity to change this.

When Coca-Cola withdrew from apartheid South Africa in 1986, businesses scrambled to join the boycott. It took eight more years for apartheid to end, but Coca-Cola’s choices, like selling assets to Black South Africans, helped turn the tide. As the Black Lives Matter protests continue, there is a genuine, growing desire among businesses to dismantle racism in America.

This time must be different.

After years of catering to Donald Trump and changing the rules to allow his racist rhetoric to proliferate, Facebook might finally have to face the consequences of its actions as it is seeing a boycott from its key source of income: advertisers. Starbucks, Diageo, Unilever, Honda America, Levi Strauss and Patagonia are among those divesting. After years of scandals, Reddit banned two racist and hate speech filled subreddits. The people are speaking out on Black Lives Matter — leaders, employees, users and consumers alike.

Tech is poised to take vital steps in the fight for justice. Now is the time for this generation of techies to change the world for the better. Here’s how:

Companies have different levels of impact depending on the nature of their business model and the products and services they sell. A company like Reddit influences societal beliefs and behaviors because it drives public conversation and speech through two defining features not widely available pre-internet: the ability for a person to broadcast their ideas and choose anonymity or semi-anonymity while broadcasting.

Studies have shown that crowds will often encourage conflict and violence and that verbal aggression increases in cases where there is no eye-contact. Reddit has made a product, intentionally or not, where verbal aggression and harassment is allowed, even encouraged, to escalate.

Reddit can have an immediate impact by banning hate speech, and to make long-term impact, it should redesign its product to ensure that hate speech and racism does not proliferate.

Tech companies have a public platform — from the CEO’s Twitter account to the brand’s Instagram page. As activists educate the public and keep the spotlight on Black Lives Matter and criminal justice related issues, businesses can be valuable allies by amplifying and supporting them.

Social media is a crucial tool, as it requires few resources and is incredibly influential. By producing written content that addresses criminal justice reform and Black Lives Matter, companies can better consider how to reflect change in products and services to expand the scope of what's possible. The Responsible Business Initiative for Justice is an incredible resource for getting help on understanding and using new language.

Tech companies have genuine power to hold governments, leaders and change-makers accountable. As governments look to recover from the economic devastation of COVID-19, tech companies can wield their influence by supporting social justice activism and participating in criminal justice reform. This is already happening: The CEOs of Netflix and Salesforce publicly supported California Proposition 62 to end the death penalty.

Tech can also advocate for criminal justice reform and ending police brutality with state and federal leadership, especially during discussions of city investment and collaboration. Bundling economic expansion with public and community health requirements can move city governments toward a more humane direction.

Build racial and gender equity in your workforce

Invest in a redesign of your employee experience, from recruitment to retention. Awaken, a female-led diversity consultancy, created a guide to Black-led Diversity, Equity and Inclusion teams that have the expertise to help companies transform their employee experience. For example, The Ready Set works closely with organizations to radically imagine together a redesign of policies, operations, and product so that the company can make big moves toward true equity and inclusion.

Another area to reconsider is the moratorium tech companies have on hiring people with a criminal record. After 400 years of incarcerating of Black people in the U.S., there is an opportunity to strike down that policy and move the workplace toward justice. One in three American adults have a criminal record, and a principal cause of re-offending is the lack of career opportunities. By providing a space for previously incarcerated employees to thrive, tech companies can demonstrate the power of including the perspectives of those most marginalized and right past wrongs.

Redesign products and services with the goal of public health

Police use Google’s location data to identify criminal suspects. Businesses like Google selling police their software to entrap citizens have begun to recognize that they must withdraw support for law enforcement and that stopping potential abuses of power by authorities should have been built into the product and its privacy features from day one.

It is daunting to get a company to shift its design process and management, but teams of designers are itching to tackle this challenge. Project Inkblot, a team of futurists and designers, partners with companies to build equitable products, services and content, using Design for Diversity, one example of a proprietary design methodology. Dr. Dede Tetsubayashi, a product-inclusion strategist and tech ethicist, who has worked across American, APAC and African markets, focuses on designing, in her words, “with not for” a diverse world. She also works with organizations and teams to codify this into their processes and products. And those are just two of the many designers and teams committed to inclusive and ethical product design.

In the years to come, each of us will look back on our actions in this moment and ask, “How did I fight racism and care for my Black neighbors, friends and family?” For the tech industry there is a lot of work to do, but employees and customers are already driving change. Imagine what can be done when people join each other to fight for liberation and justice for all.

Mary Rinaldi is a social justice advocate, a creative technologist and writer who is a Mentor-in-Residence at NEW INC.