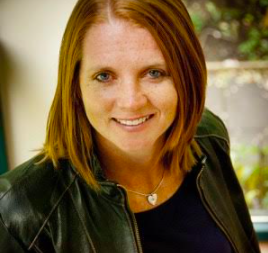 Businesses Must Help Fix a Broken Criminal Justice System. They Should Start with the Death Penalty

September 13 marked the 50th anniversary of Milton Friedman’s essay The Social Responsibility of Business is to Increase its Profits.

In it, Friedman opined that businesses’ only role was to make money, and that their only duty was to their shareholders. This was challenged last year by the Business Roundtable who declared a “fundamental commitment to all stakeholders”, including customers, employees, suppliers, communities, and shareholders. Support was substantial – the statement was signed by 185 CEOs of major U.S. corporations, and many felt it symbolized a moral revolution in capitalism that had been underway for some time.

This shift is borne out by the numbers. More than three quarters of consumers believe it is not enough for companies make money - they also expect companies to positively impact society. Eighty-nine percent of Americans would switch brands to one associated with a good cause, and 91 percent of global consumers expect businesses to operate responsibly to address social and environmental issues. It’s not just consumer facing corporations who face scrutiny on this - 35 percent of employees are reconsidering their current job because their company is not doing enough to address social justice issues externally.

This was made clearer than ever earlier this year, when the killing of George Floyd amplified the power built by the Black Lives Matter movement and triggered massive rebellions in response. It drove home what so many already knew – that the unfairness and inequality pervading the U.S. justice system is the most important social issue this generation faces. As the uprisings increased, almost every major corporation immediately released a statement of support – even those which had never advocated for racial justice before.

And many were just as quick to criticize – cries of “performative ally ship” echoed across social media. While it was obvious that people expected brands to stand up for what is right, in particular when it came to criminal justice and police brutality, there was rampant skepticism about commitment to real action. Businesses have to walk their talk, and follow-up their admittedly laudable words with meaningful advocacy.

But can companies actually help fix broken justice systems? It’s undeniable that by using their voice, influence and leverage, businesses can have an enormous impact when it comes to policy. When Nike’s 2018 campaign featured NFL quarterback and civil rights activist Colin Kaepernick, it sent a strong signal of support of racial equality. As a result, Nike’s reputation with the general public has strengthened, thanks in no small part to the company being out in front on supporting Black Lives Matter. No constituency is more important to policymakers than investors and employers, and this is truer than ever after the economic devastation of the coronavirus pandemic. The question isn’t whether businesses can create change. The question is on which issues and how authentically brands choose to focus attention and meaningful action.

There is so much that urgently needs fixing. Cash bail, mandatory minimum sentencing, juvenile sentencing – all embody the discrimination, ineffectiveness and cruelty that defines the justice system in the United States. But none more so than the death penalty.

President Donald Trump and Attorney General William Barr resumed federal executions this year, after a 17-year hiatus. This is despite the fact that violent crime has declined steeply in recent decades, along with support for capital punishment. Colorado voted to abolish earlier this year, joining 25 other states who have ended the death penalty or prohibit executions. According to a monumental 2019 Gallup poll, the majority of Americans now favor life imprisonment for crimes such as murder. Disapproval is by no means limited to the U.S. – we often forget that that capital punishment is widely condemned around the world as a human rights violation. Globally, 70% of countries have abandoned it, leaving the United States as an outlier among its closest allies in the continued use of capital punishment.

The reasons for such widespread opposition are clear – and it isn’t just that it involves killing people. The more people learn about the death penalty, the less they like it. Innocent people have been executed – for every 9 people executed in America, one person on death row has been exonerated. Children have been executed. The death penalty’s application has been repeatedly found to be racist, and nationally the Black death row population is 3 times that of the general death row population. This discrimination is particularly stark when it comes to the race of the victim. A recent study, published in the Harvard Civil Rights-Civil Liberties Law Review, concluded that defendants convicted of killing white victims were 17 times more likely to be executed than those convicted of killing black victims.

It’s also completely ineffective. It doesn’t make communities safer or address the root causes of crime. States with the death penalty have higher murder rates than those without it. There has been no subsequent spike in murder rates in the states that have abolished it. It also costs millions of dollars a year – some have placed the cost at $272 million per execution - at a time when public funds have never been tighter.

But what steps can companies take? For some the answer is obvious. Over the last decade, pharmaceutical companies, in opposition to the death penalty and to be in step with the European Union’s rejection of the death penalty, successfully slowed the rate of executions by banning the use of their drugs in executions in the United States. However for many businesses the practical ways they can meaningfully engage aren’t quite as clear, in particular if their particular product or supply chain has no interaction with justice system apparatus.

Some have led from the front and spoken out at the top. The CEO of Ben & Jerry’s is outspoken about the urgency to reform the criminal justice system and end mass incarceration. Virgin founder Richard Branson has spoken out repeatedly and passionately in support of abolition. We live in an era of rock star CEOs and when they speak out lawmakers listen - from op-eds to letters to events.

In May 2017, Lush launched a customer-facing campaign in 200 U.S. shops in partnership along with the National Coalition to Abolish the Death Penalty. The 10-day campaign petitioned legislators using signatures we collected in store and online and raised over $130,000 for abolition-focused organizations through the sale of the 31 States Bath Bomb. We also produced the short film Exonerated with Kwame Ajamu, who spent 27 years in prison for a crime he did not commit. As a campaigning company, we continue to advocate for abolition in the United States and I will in fact be speaking alongside Kwame at the upcoming Businesses for Justice Reform event, which you can register for here.

Others have used their leverage more directly. In 2019 the $36 billion French state pension plan and ESG funds blacklisted the U.S. treasuries market because the death penalty is allowed in some states. Every business has the voice and the tools to make a difference, and the Responsible Business Initiative for Justice has produced this 8-step toolkit to outline exactly what those are.

Profits are not the only thing people demand from their companies. Even if it were true 50 years ago, when Friedman wrote his essay, events of the past year have revealed the sea change. Businesses are expected to stand up for what’s right and protect human rights, and nowhere is this truer than with our justice system and the death penalty. But they can’t just talk. Now more than ever, people’s lives depend on it.

Carleen works on social, environmental and animal justice campaigns for Lush Fresh Handmade Cosmetics. Prior to Lush, she held several positions at the human rights group Global Exchange between 1997-2015, including Executive Director, Associate Director and Mexico Program Director. She was also an organizer and Political Co-Director at the Council of Canadians, Canada’s largest advocacy organization. Carleen holds an MA in Anthropology and Development from the University of Sussex, United Kingdom, where she worked with Zapatista communities in Mexico resisting military occupation.