(Image: Nike's newest sustainable shoe collection is made from post-consumer and factory waste.)

As the coronavirus continues to spread around the world, at times it feels challenging to focus on anything else. Almost half of U.S. adults say they discuss the pandemic with others "most" or "almost all" of the time. Yet around 7 in 10 say they need to take regular breaks from coronavirus-related news, as heartbreaking stories of pain and suffering weigh on our minds and tax our mental wellbeing.

If you could use a reprieve, it may cheer you to learn that sustainability headlines from major companies and environmental groups haven't stopped, even though you may not have heard about them. Read on for a few you might have missed this month.

This week Nike teased the launch of what it calls an "exploratory footwear collection" made from 85 to 90 percent factory and post-consumer waste.

The brand playfully labels the mix of recycled materials "space junk" due to its unusual appearance, but no, it's not made from the ever-growing collection of space debris orbiting the Earth. It's actually a blend of recycled polyester and recycled rubber, as well as standard foam. The Space Hippie line, which goes on sale June 11, is Nike's lowest-carbon collection to date.

Danish companies team up to produce sustainable fuels at scale

A group of large Danish companies — including Ørsted, Moller-Maersk, Copenhagen Airports and Scandinavian Airlines (SAS) — have teamed up to produce sustainable fuels at an industrial scale.

The companies plan to construct a large facility to produce hydrogen and bio-based fuels for maritime, air and road transport in the Copenhagen area. They say the plant could start operations in 2023 and be able to produce 250,000 metrics tons of fuel annually by 2030.

German luxury automaker Daimler, the parent company of car, bus and truck brands including Mercedes-Benz, pledged to eliminate carbon emissions from its personal car manufacturing process — including battery production — by 2022. A previous goal from the company applied only to European manufacturing operations, but its most recent announcement on Monday takes the pledge worldwide. 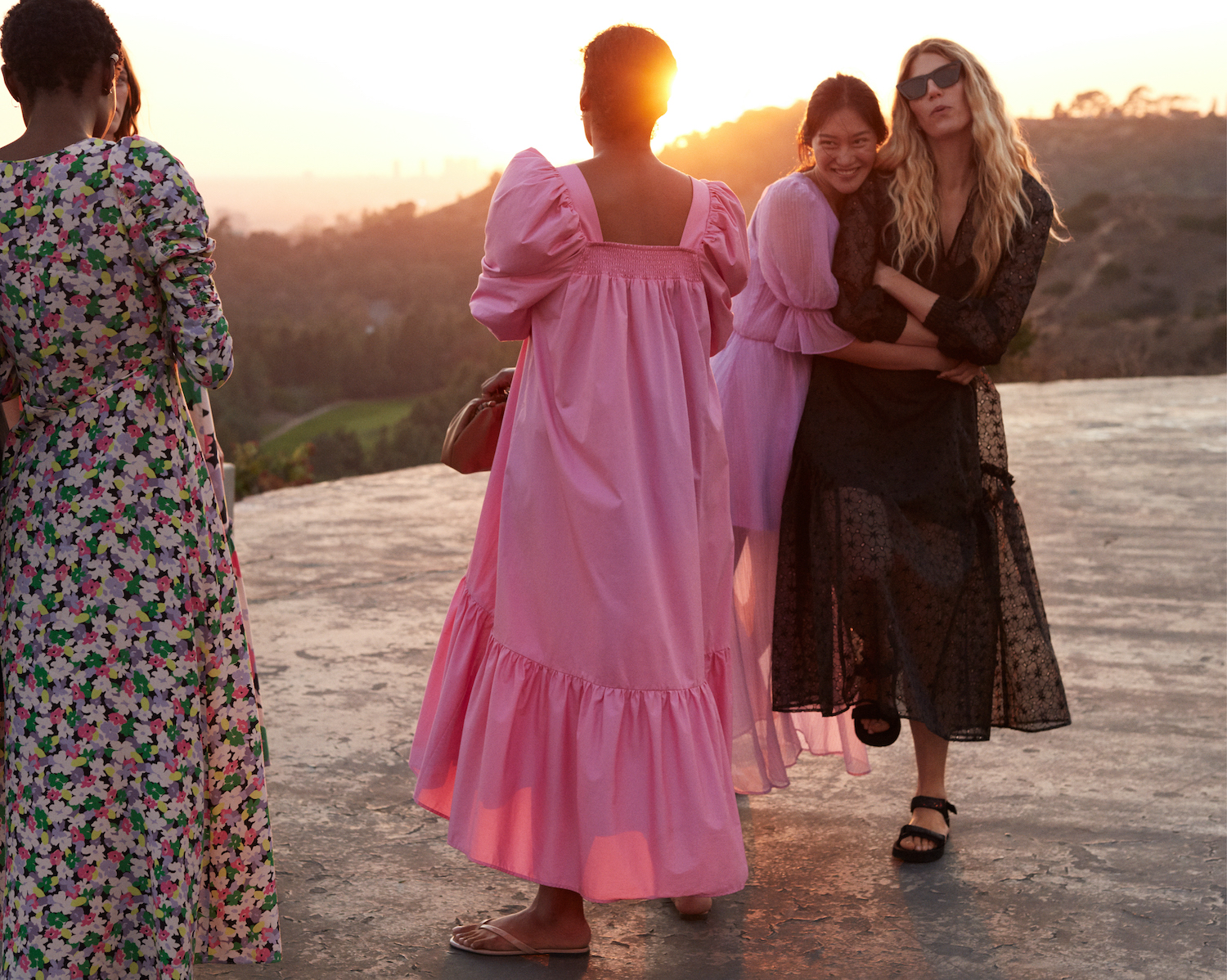 (Image: Each piece in H&M's newest dress collection is made from at least 50 percent sustainable materials such as organic cotton and recycled polyester.)

If you're itching to shop while sheltering at home, H&M has you covered. Customers can choose from not one but three sustainability-focused lines as part of the fast-fashion retailer's new collections for summer.

H&M's newest line of dresses is made primarily from sustainable materials like organic cotton and recycled polyester. Its new activewear line goes even further, using only sustainable materials like organic cottons and recycled polyesters, nylons, and polyamides. A swimsuit collection developed in collaboration with the all-women surf society Women + Waves also features at least half recycled and organic materials in each piece. The company says lines like these bring it one step closer to its goal of becoming 100 percent circular.

The fashion resale segment is booming and grew 21 times faster than the overall retail market between 2017 and 2019. A host of major brands — including Taylor Stitch, The North Face and REI — are already involved. Now, we can add the most mainstream of mainstream retailers to the list.

Walmart.com started selling previously owned clothing and accessories on Wednesday thanks to a partnership with the resale platform ThredUp. Its curated collection includes nearly 75,000 pieces from brands you won't find in Walmart stores, including Nike, Levi Strauss and Michael Kors.

Google will no longer develop custom artificial intelligence (AI) tools for fossil fuel extraction, per an announcement last week. The move comes shortly after a Greenpeace report detailed how tech giants like Google use AI tools and server space to help fossil fuel companies locate and extract oil and gas.

Greenpeace, which argued that Google's history of providing this type of technical support flies in the face of its stated goals to tackle climate change, praised the decision — and called on the other companies it referenced in the report, Microsoft and Amazon, to follow suit. 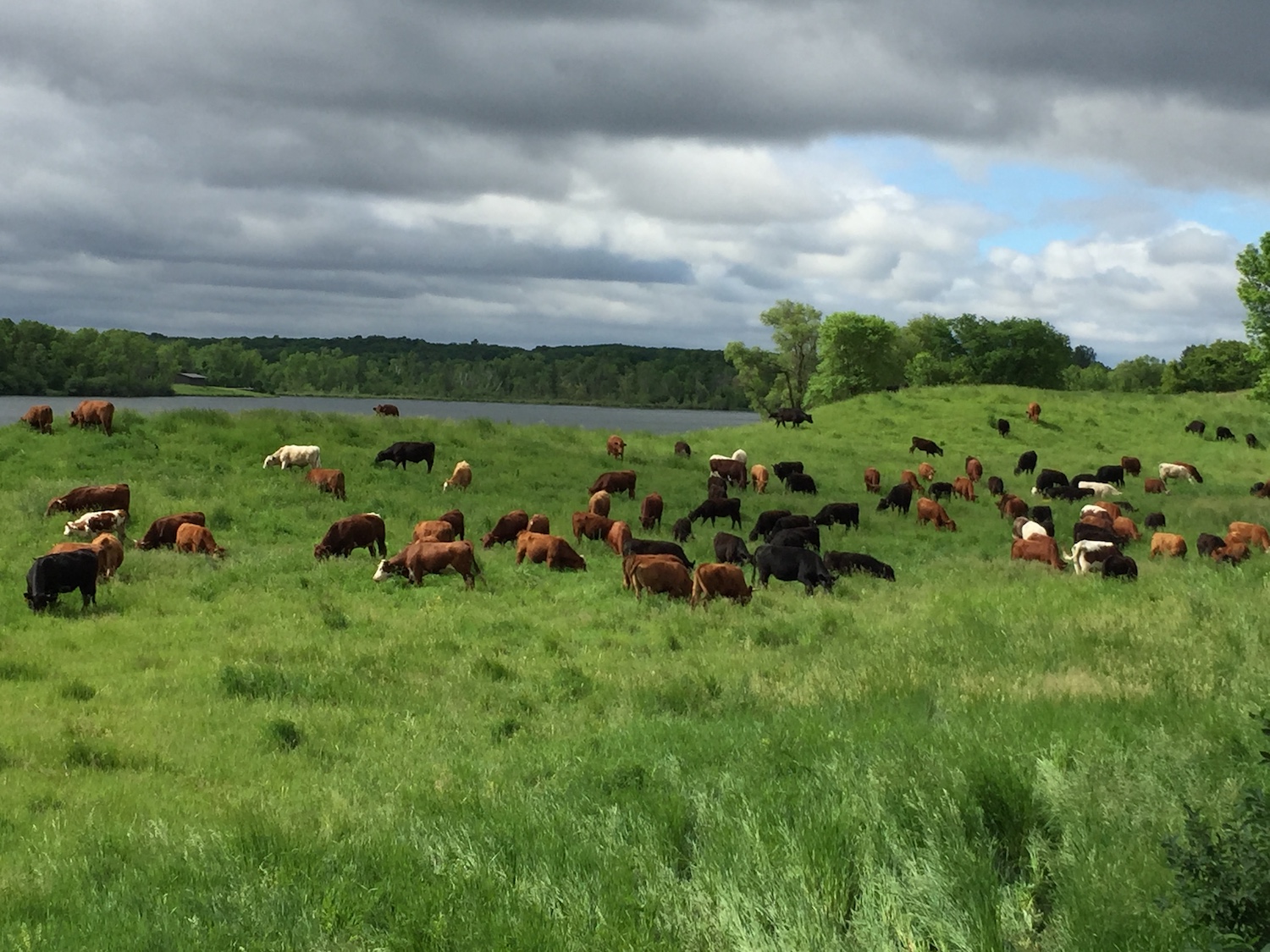 (Image: On regenerative ranches like Thousand Hills Lifetime Grazed, cattle are allowed to roam and graze as they would in the wild, providing benefits for the land as well as for animal welfare.)

Outdoor gear brand Timberland will work with the Savory Institute, a nonprofit focused on the regeneration of grasslands, to build up a regenerative leather supply chain for the footwear and apparel industry. This builds on the brand's existing partnership with Other Half Processing, which sources hides from Thousand Hills Lifetime Grazed regenerative beef ranches (pictured above).

For those who aren't familiar: Regenerative agriculture practices mimic how plants, wildlife and soils interact in nature, boosting carbon sequestration and water retention in the soil, among other ecological benefits. Through these partnerships, Timberland says it's working to "identify, aggregate and connect" regenerative ranches with its large-scale tannery partners, while co-funding the Savory Institute's Ecological Outcome Verification, which measures the tangible benefits on ranch land.

Timberland will release a collection of boots using regenerative leather sourced from Thousand Hills Lifetime ranches later this fall, with the intention of "scaling the program significantly over time."

The environmental nonprofit CDP reported a 24 percent jump in corporate partnerships last week. Major companies work with CDP to calculate, mitigate and disclose their exposure to environmental risks, particularly climate change, water scarcity and deforestation, both within their own operations and in their supply chains.

Nike, Airbus, Sainsbury’s and Ørsted are among the 30 large companies that started working with CDP to manage their supply chains for the first time this year. The nonprofit's supply chain membership now numbers more than 150 companies with a combined procurement spend of over $4 trillion. These firms have already sent out requests to more than 15,000 global suppliers, asking them to disclose key risk information around climate, water and forestry.

Southern Co. is one of the largest U.S. utilities with 9 million customers across Alabama, Georgia, Mississippi, Virginia, Tennessee and Illinois. For decades, it was one of the nation's largest carbon emitters and frequently opposed environmental protections, the Natural Resources Defense Council (NRDC) observed. The good news is: That may soon change.

On Wednesday, CEO Tom Fanning made a shareholder commitment that Southern would reduce the net carbon emissions from its electric and natural gas operations to zero by 2050. NRDC praised the move, calling it "historic" and predicting it could spell major change in the way energy is sourced and delivered in the U.S. Southeast — and perhaps catalyze a shift in the utility sector overall.

"Fanning’s announcement to shareholders confirms that the case for eliminating climate-warming carbon pollution cannot be denied," wrote Sheryl Carter and Luis Martinez of the NRDC's climate and clean energy program. "We hope that consensus marks a beginning of the end to ideological and partisan discord over these issues."